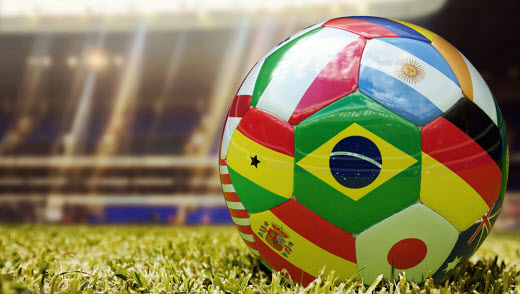 Kicking a piece of leather over grass has oft been associated with our favourite international relations music event from the fact that Eurovision Saturday always used to coincide with the day of the FA Cup to the proximity of both UEFA Cup final and Champions League to Euro week. We at On Europe and our many friends have also been know to partake of the appreciation of the sport in whatever country is unfortunate enough to be hosting the clearly bigger musical event. In Turkey in 2004 waving a Ukrainian flag everywhere for Ruslana confused the locals as they were the same colours as the Fenebace strip. Both Ruslana and Fenebace triumphed that year.

Back in 2005 we debuted our football search by watching Dynamo Kiev. Their real ground was undergoing serious renovations so they moved their match to a scabby looking affair next to the Eurovision venue with stone seats covered in pigeon poo. We did as the locals and sat on newspaper watching them eat poppy seeds. The venue can’t have been more than a quarter full but Kiev obliged with a win. Greenjolly fell on their arses whilst the Greeks romped home.

I passed in 2006 as one big Greek fest was enough for me in one year, but Roy got himself into a couple of matches featuring local teams. Nuts from all accounts, but hardly as nuts as what was taking place in the ice hockey stadium. Lordi proved that Finland didn’t need friends to win.

In 2007 possibly the most bizarre of all, Finnish premier league football. Two sides apparently of good merit met in a “stadium” in the middle of a forest in the middle of nowhere. The “pitch” was really a patch of grass and the play was more Sunday knock around in the park than serious football. Half time refreshments were provided courtesy of a tea urn on a table and the weather being typically Finnish was miserable and wet. Verka Seducka managed to snatch defeat from the jaws of victory and lost to a Serbian Velma lookalike who proved you don’t have to be beautiful to win.

2009 and off to Locomotive Moscow this afternoon. The ground has a big train in it and the opposition Terek Grozny from Chechnya have all of 25 fans cowering in a lowly corner. The home team have several thousand. The match begins with fireworks (well there had to be some excitement) and the unfortunate Chechens were outgunned on the pitch as well losing 4-0. I feel for them as my team have undergone several such humiliating experiences this season.

And so onto the biggest football match of all tonight with 25 teams. Traditionally a high scoring fixture. The record number of goals was 292 for Finlandia Lordi back in 2006. Tonight’s front runners are Rybak Norway, Kass Francais, Laboda Kiev and Ewen United. Outsiders are Regina Bosnie and Greco Rouvas. It will probably be a high scoring fixture and there’s bound to be a few fouls along the way.

May the best team win!