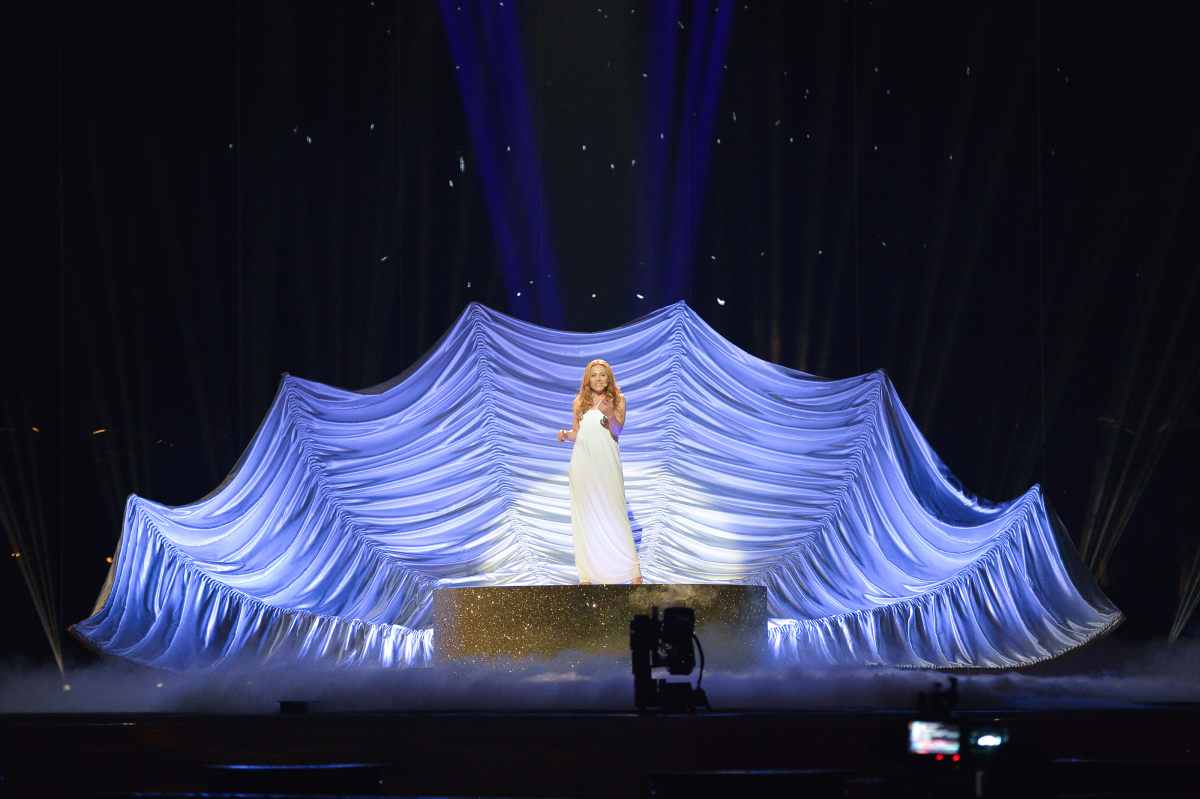 Imagine if you will a quatro formaggio pizza, then add lots more cheese – and by lots, I mean “shitloads” – and this is what you have in this song.

Valentina Monetta has the background of the Roman Goddess Venus coming out of the seashell but instead of mother of pearl, the seashell looks like golden Ford Capri seat covers.

She’s doing nothing other than what you would expect – and is still as wooden  as ever (with only minimalist hand movements that suggest she isn’t a great dancer).  Vocally, it’s still the wrong style for her but Siegel never listens to what his artistes are good at and just writes what he feels is right for a contest that he won once.   Unlike Cristina, though, vocally this is spot on.

It might get votes but not that many I would think.