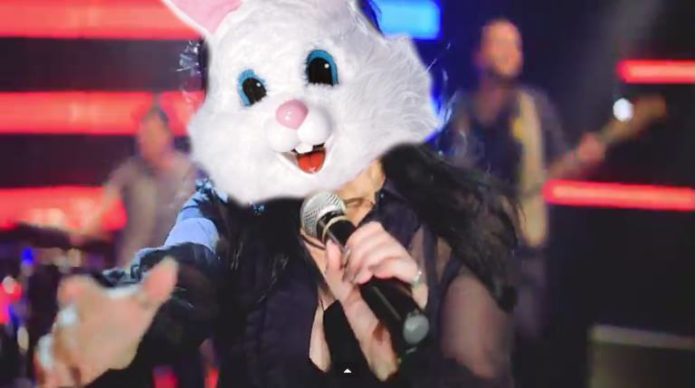 Time to tuck into more chocolate than is good for you. All in the name of girding loins and getting your strength up for the run up to Eurovision. In just a few weeks, OnEurope will join just about every other fan site in Tel Aviv to pick apart rehearsals, gatecrash parties and tip you off about diva flounces.

But first, let’s look back. April 1 came and went. This year, Hatari proved to be the Eurovision pranksters in chief. According to carefully-curated reports, the band fell out, leaving sole survivor Einar to cast his rubber bondage net wide in the search for new band mates. To join him on the Eurovision stage, fans were encouraged to submit a video performance of their song.

Stoning’s too good for ’em 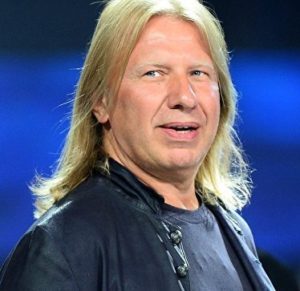 It’s no secret that Eurovision money speaks louder than talent in Belarus. Hot on the heels of scurrilous rumours that Zena can be a bit of a brat, comes an ill-considered attempt at humour from her songwriter. Victor Drobysh took to Instagram to comment on the much-reported gay death penalty imposed by the Sultan of Brunei. Stoning to death, Drobysh suggested, was a bit much. He was all for a decent flogging. He added smiley faces … so we knew it was all top bantz. And then promptly deleted his post. Should make for press conference fun in Tel Aviv.

Canadian born billionaire Sylvan Adams might not be a name that means much to the average Eurovision fan, but the good people at Kan and the EBU are most likely sick of his phone calls, texts and emails. Adams is the money man trying to fund a guest appearance by Madonna at the 2019 contest. At a press conference this week, Kan revealed details of their planned interval acts for the two semi-finals and final. Ms Ciccone’s name was notably absent. When pushed, a flustered representative noted a slot to promote her upcoming ‘Madame X’ album ‘was not yet a done deal’.

Source of the stream 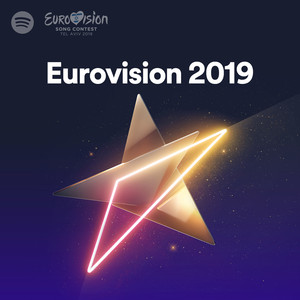 Spotify fans have been scratching their heads at the non-appearance of the official 2019 Eurovision Song Contest album on the streaming music service. They’re having to make do with cheap and not particularly cheerful ‘karaoke’ versions of the 41 songs. The album is, however, available for paid download through sites such as iTunes. Next week, it gets a physical release. For once, don’t blame the record company. Warner Music apparently found its hands tied by the EBU, who denied permission for the collection to be made available in anything other than one of the good old-fashioned formats they understand.