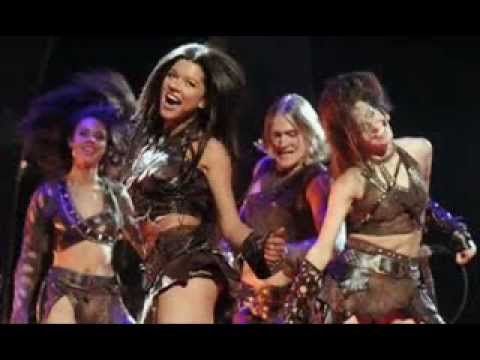 I need to go out on a limb here and admit I stayed until the end of the show last night – for what it was worth. Which, given the farce of voting made little sense to me at all. The votes have to be sent the EBU scrutineer (I don’t know whether he deserves brickbats or bouquets since he’s the one who helped bring all this enlarged constituency in) before the results are tediously announced. And yes, it was tedious in the extreme. Therefore, why all the farce ? Why not some short ritual of the representative of each country pressing a symbolic button to transmit the phone votes, not points, onto a scoreboard. You only need to show the top ten really and you can get around the problem (and believe me it is a problem) of the big four by sticking up the ten highest placed countries (excluding them) at the end. Even then, a constituency of 36 countries where everyone and anyone who can dial a number and vote is just too big.

The idea of the big four is a problem because it removes any incentive to try. Out of 36 competing countries, it is much harder to be sure of standing a chance of being in serious competition for the top spot. But if you know that you don’t need votes to stay in the final come what may, that is a disincentive to choosing a song with wide appeal, as we saw last night. Or, more to the point, a song which actually has any emotional impact. The Uk was just bland and France nobbled themselves by not realising the stilt walker was a big mistake. Mind you, Norway must have come across and much more bland according to its placing. Which doesn’t surprise me in the least.

The problem for westerners and UK people in particular is that I think we don’t experience the intense bonds that have driven certain participating nations to conflict. Yet in a situation like a multinational song contest, familiarity will win out and this will lead to the pattern of extensive friendly voting we saw drag on last night. The Balkan and former satellite states of the USSR as it was known were bound to seek each other out for those reasons. It’s certainly true that nobody could have predicted such a scoreboard dominated by so many countries which are to the east of any map of Europe. Not ten or even five years ago, at least. But now it is a reality and may well be a permanent and growing fixture if expansion continues.

For the most part, I believe the top five deserved their placing. But I have to single out Greece as not deserving it. I love Greece. Without it, I wouldn’t even be here at all. But what was seen as the Greek entry last night in no way shape or form would give anyone a clue to how beautiful Greek music and language can be.

On a more positive note, it is pleasing to see how Albania and Serbia no longer have to prove themselves in the semi final next year. I hope that this start does not lead to complacency.

The hosts. Turkey. The atmosphere in the arena. This again comes down to different cultures and some very bad planning on the part of TRT.

The penny dropped and the very stilted joke about invisibility was dropped an favour of reverting to some of the intro to the semi-final. However, I don’t think anyone had thought about how long it would take the winner to get on stage and I know she walks faster than me. That’s just bad planning, which spoiled the end of the show when all I wanted to do was get some sleep !

Another thing that spooked me was the home crowd.I don’t like loudness at the best of times but I felt somewhat threatened by the large number of deep, male voices chanting Turkiye loudly prior to the show. I don’t think the floor manager was very impressed a by having to come on three times to tell the people in the very front to sit down and I don’t blame him.

I was even less impressed myself by the booing that went on if a certain host nation scored low points. It made me wonder if some people had lost perspective. Given what we’ve seen happen to some countries when they host, I believe fourth to be most respectable for a song which was worthy of praise. I’m more than willing to accept that this feeling about their behaviour could be down to purely cultural differences. Maybe the Turks could teach us a thing or two about national pride ? To my mind their behaviour displayed a lack of good sportsmanship.

I have to admit that this analysis of last night gives me serious pause for thought as to whether the Contest can and should continue as it is.

I think the only way forward is to preselect in some geographical way prior to the start of rehearsal week and reserve the Contest purely for the final however many. The present system is tiring for followers, administrators and technical staff and performers alike. Svante Stockselius seems to have committed himself to this system for next year. I hope he uses his time wisely to develop a better system which benefits all.because this system is to the detriment of all, in particular the viewing public who ultimately fund it.