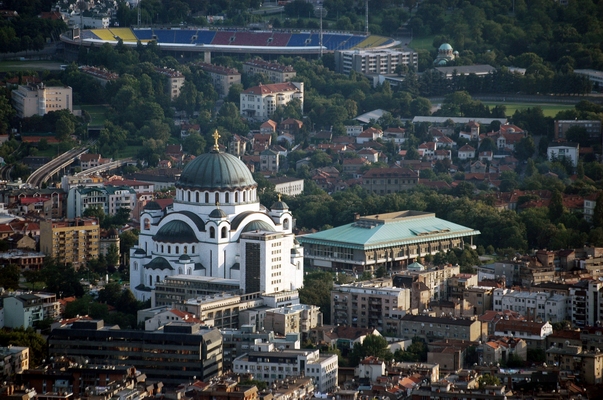 … we’ve whizzed over from the arena back to the press centre and we’re even more confused than ever. Latvia’s great even though it’s terrible; Portugal easily gets the biggest response outside the local favourites (and is in the lead on the press centre predictions board); Serbia is scary big in the hall, but it would be; Georgia made a few people turn to each other and say “I’ve got an awful feeling …”;

Germany’s dead in the water. UK looks good in context but not good enough. Denmark’s lyrics make no sense if you start analysing them; and I now have slightly less clue than I did two hours ago.

OnEurope there, getting confused so you don’t have to.

While I’m about it, and so I don’t forget in the excitement of tomorrow, I want to officially thank the RTS organisers, and especially all the press centre volunteers, for their hospitality and help throughout our stay. It’s been seamless all the way from a journalistic point of view, it’s all just been easy from start to finish. No doubt next year’s organisers will think of even more things that we’d never even realised people were doing wrong, but it’s certainly been my best ESC experience to date. And I didn’t believe it was possible to top Helsinki.

Officially, the press centre closes for the day in 30 minutes’ time, so I’ll sign off for the day at this point and sit back to watch some of the voting rehearsal.

Tomorrow, I might well provide the key to understanding all the random blog posts which have caused such benign bafflement to most readers during the fortnight. But feel free to speculate on that in the comments, or what might win tomorrow night; whichever you feel is easier to work out!