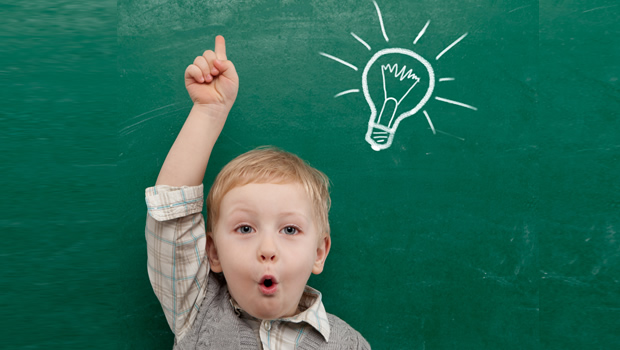 Well first of all congratulations to Lena. 28 (count em) years after their one and only win, they double their tally – and about time too I say. Lena’s song is contemporary enough to have “modernised” the contest – to use the BBC’s words who need to look at the song that they entered and ask themselves ” is this really the kind of song we need in this contest nowadays?” – I think we all know the answer to that one NO!

A quick word about Josh – he is lovely and this will not have harmed him or his career although I think Waterman and Stock seriously need to look themselves in the mirror and say “Did we give the best that we could?” – The theory behind what the BBC did is still sound – major songwriter writing a song, however the execution was a bit poor. B for Ideas – F for result but at least we know the formula is sound, its just the working out that needs some major overhauling.

However, the BBC aren’t the only ones that should be asking that question – RTE should be asking themselves that question too. On a personal level I feel sorry for Jonas and team who after finally getting to a final, fail to get a result again but – and this is going to sound really horrible – it shows that the public don’t like their songs. It also shows that RTE need to change the selection procedure, in the same way that we need to do. Is the Late Late show really the vehicle you should be using? – Is resurrecting a winner of a contest that has moved on so much in the last 17 years, with a song straight out of the mid 90’s really what you should be putting through to the final stages??? – In many ways I think RTE are in the same rut that the BBC are in, thinking they know what Europe wants and actually not listening at all. Niamh contributed to her own demise though, particularly by not being able to sing, when needed, the key note in that song. Friday night’s jury rehearsal was awful and she really did bottle out of the note at the wrong time, when the 50% were expecting to hear it, it didn’t appear and that, coupled with the old fashioned-ness of the song did for it.

The same can be said for NRK – Didrik did well with what he had to work with, it was such a plodding ballad of the “old school” that it won around fans (shock) but it was just not what Europe wants nowadays!. In a different way, all 3 of the Caucasian broadcasters also need to look at how they approached this contest. One of the entered a song for Armenian people, that Europe didn’t get – one of them sent a screech stage show and one of them tried to buy the contest for a reported $10 million US dollars, all of which failed spectacularly. As Nick and I said in our apartment on Sunday morning, we really don’t know what each of them has to do to win this contest, which in their own way they are clearly trying to do, because they have now chucked money and the kitchen sink at this contest and they still can’t win it. Azerbaijan should be rightly admonished for their cynical attempt to purchase this contest. Europe can not be bought and you should stop trying!!

SVT have also clearly gone into meltdown. Aftonbladet labelled Anna’s failure a “schlagerfiasco” – a word that will now enter the annals of history as the correct summation for what happened. Anna tried her hardest to lift the song and she was rewarded with…. 21000 unused glowsticks and 11th place. Checking the scoreboard you can see that the song got 34 points (out of 36 i hasten to add) from 3 countries that always vote for Sweden. Norway, Denmark and Switzerland. It then got hardly anything from anywhere else, picking up 2’s and 3’s and in a strong semi that just was not enough. Blame has gone all over the place hitting Christer Bjorkman, Anna and SVT themselves. There is going to be a lot of soul searching in Stockholm to see how they come back from this. The MF has, in recent years, developed into a Swedish Song Contest and, in my opinion, the swedish public should take some of the blame for this result. They have lost sight of the fact that the winner represents Sweden in Eurovision, and whilst it may be a springboard to national success, they are blinded by the “homey” mentality.

Greece should feel disappointed too – one place worse than your darling Sakis however the big Greek losers are StarTV, possibly the worst TV company in the history of broadcasting. Having been suspected of intercepting the TV feed in Moscow, they have been found out this year and had all their accreditations removed and, so we hear, banned from getting to the contest for three years. This will, at least, stop them annoying the hell out of the press!! Romania’s third place for me came from nowhere, but should keep TVR interested, Iceland again flattered to deceive and, as i said it would, did a Euroband and come nowhere, Moldova just didnt have appeal, Bosnia was probably a local song for local people.

Cyprus, however, I am rightly proud of. Having had contact with their songwriter for three months prior to this performance I feel rightly happy and proud to have had a little input (and I really mean a little!!) into finally getting it into Jon’s head to LOOK AT THE CAMERA!!! – He nailed his Semi final performance (even though Nasos, the composer, thought he would not qualify – despite most of OnEurope and most of other fab blogs telling him he would!), and squeezed all of the points he could out of the final performance. Jon should not be disappointed with 21st in a Eurovision Final – considering the Cypriots that have had a go in the last 5 years didn’t even make it to the Saturday Night ;). The same can be said for Belgium too – Tom did everything he could to get points out of that song and whilst I feel that 6th is a little bit too low, I am still satisfied.

Russia and France, however, clearly confounded the assembled throng – and rightly so! Taking Russia first, the fanbase of Europe clearly didn’t understand the fact that 4 million hits on Youtube equals popularity especially in places that used to be the same country and share the same culture………….. AND Ireland! France was just “fun” – you remember Fun don’t you?! – It’s a man singing Ole Olla at me, bounding around the stage and getting the voters to pick the phone up and vote, a song in the old new style of Eurovision. I hear there are a lot of press that are £20 lighter after putting money on this to come last… oh dear oh dear!

TRT, however, must be laughing! – 2nd place with a rock song that most people wrote off at the start of the week (apart from Me and Nick and Elaine Dove and people that read this blog, of course!!) and how can we forget Spain. Daniel Diges had to put up with a twat making an arse of himself on stage really well and gets another go and did really well.

Of the Non Qualifiers in Semi 1, Finland should be proud for getting the crowd clapping in a weak semi final, Malta need to ask themselves why they ruin good songs with awful stage performances time and time again, Poland should count themselves unlucky, but cf Malta, Estonia just need a good song and the qualifications will come again, FYR Macedonia were never serious contenders to begin with and Latvia just completely gave up with a terrible song. That just leaves Slovakia – fan fave and 9/2 to win the whole goddam lot, and ended up with Kristina being shaky vocally, lots of drama and performance that turned Europe off and 24 points. Still, on the upside it is Slovakia’s highest ever score in a Eurovision event!!!

Semi 2 now, Sweden we have already mentioned, Lithuania will feel unlucky, Croatia bombed big-time. Another favourite to win the whole damn lot probably suffered from a few things to conspire against it. Firstly being in the stronger semi didn’t help, neither did them wearing their undercrackers on stage methinks, then being a plodding ballad that Europe couldn’t get into coupled with the fact that they didn’t have a natural televote all equated to failure. The Netherlands entered a song with local flavour that didn’t travel, Bulgaria was just wrong, Slovenia was excellent, but clearly the Juries were not instructed to vote for a pop/rock/polka fusion (!) and Switzerland really don’t get this contest anymore do they?!

I know I have forgotten countries but hey, so did Europe 😉