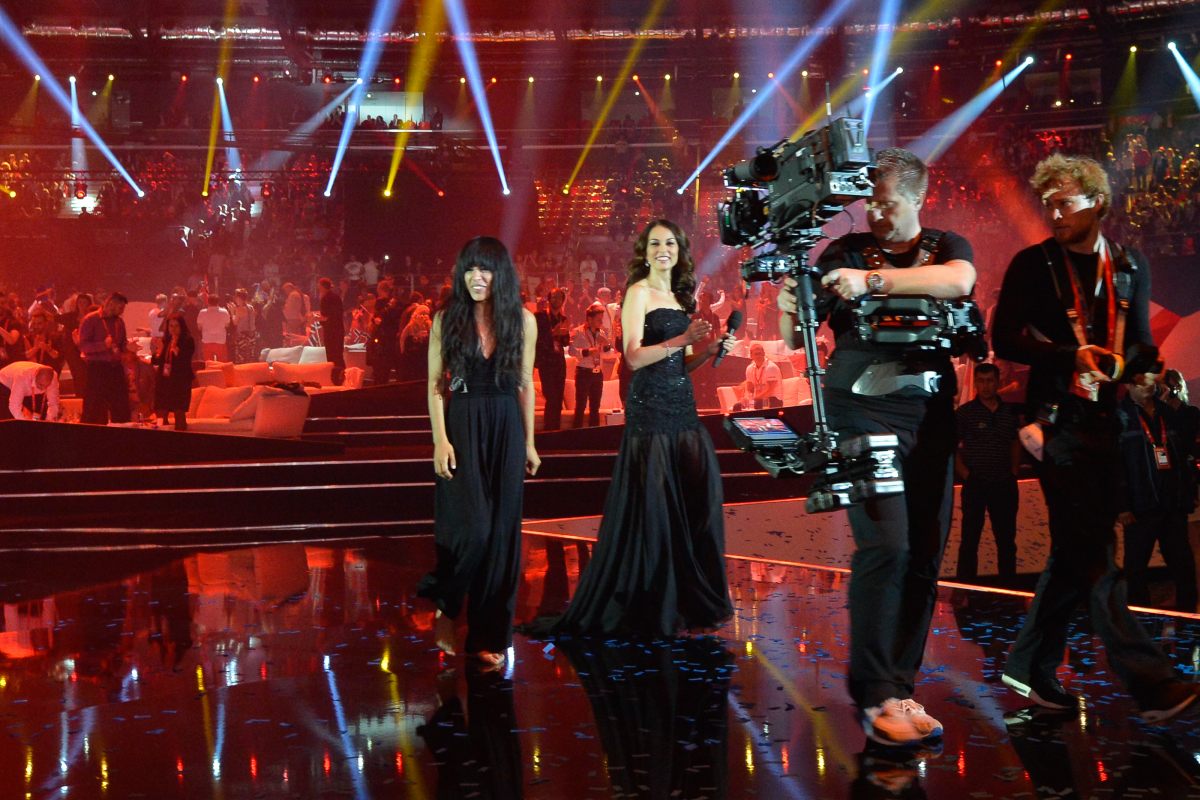 Albania – Jury sponge clearly, not so much with yer televoting. Her vocal skill will always be in doubt, but it clearly won some people.

Serbia – As nailed on a Top 3 as you could ever hope to get. It hit all the right notes in the East and gained enough west of the Balkans to come 3rd. Not a surprise.

Sweden – Possibly one of the most commercial winners ever? – Modern sound and walked away with 18 Top scores and 5 2nd places. You can’t argue with that!

Okay. An apology now. I feel guilty about using your hearing problem to make my point. It was a cheap jibe and I’m genuinely sorry for that. I also respect the fact that you have an understanding and sensitivity in relation to music.

I’m not very familiar with Rona’s musical output so I will take your word for it that she’s a decent singer. And her success at Eurovision would tend to support that. I didn’t like the song or the vocal. So I’m just expressing how I reacted to the performance. For me, the vocal champions of this year’s Eurovision were Pastora, Ott and Zeljko. And I picked up my phone and voted for them.

Anyway, I can only say that I regret being rude about your hearing problem. I enjoy posting comments about Eurovision but realise that, on this occasion, I overstepped the mark.

Apology accepted though I never saw it as an insult more a misunderstanding, so I just wanted to make a point.

And I will agree with you that the artists you have mentioned in your comment were vocally superb. My personal favour was Ott from Estonia, who’s voice match the song and vise vesra.Something I have always said, and can be traced on this blog.

Rona sings slightly flat most of the time. But when she ventures into her upper range she loses control completely. She sounds like a small mammal giving birth. It’s awful. It’s not entertaining or enjoyable.

You say that you have a hearing defect. I’m afraid you’ve proved your point.

I have an hearing defect, but nevertheless I have a very musical ear,and can catch a tune after 1 or 2 listening to it(and I am talking on every kind of song you may think of).
The fact that her song was dreadful and in some points,even unbearable to listen to, can’t hide the fact that she always was in tune,mostly(and that’s normal with that song she had) never missing a high note. As I said I didn’t like the song, but I think that she did considerably well, with that dreadful song she had.
And yes, she has a voice, a good one even, just that song manage to distract people from that fact.

I don’t wish to be rude (okay, I do a bit) but anyone who thinks the Albanian bint delivered a ‘great’ vocal must be tone deaf.

I am half deaf-really I am.
Yet I can detect false singing and give credit to a good vocals.

Albania’s Rona is a singer with good vocals who can carry a tune or 2. As I said, I thought her song was dreadful and inaccessible. That’s said, she still has a very good voice.

Albania – Best results for Albania in the contest.And this coming with a great vocals, dreadful and not a very accessible song and from dreadful draw.I ask myself what would happen if she had a much more accessible song and a better draw.Again as in the case of Estonia,probably would have done slightly better.

Russia – They won their semi, which suggests a huge support, with or without the help of the juries.But this didn’t materialize into a huge support in the final. I suspect that they got only half of the points they got from their semi final participants. I am happy this didn’t win.

Sweden – It’s no secret I don’t like the song,as a song. But at the end of her performance, I was thinking to my self that we are heading to Stockholm(or any other Swedish city). They took the lead from the 3rd vote and never looked back, increasing her lead and never in danger of loosing.Receiving points from everyone(even countries that usually don’t award Sweden points.The only exception,as Rose West has pointed out, was Italy,which was quite bizarre).
I was watching the contest at Cafe Rouge in Amsterdam(A familiar place for Rose West and Monty)and the Swedish song was received most enthusiastic and there was a huge delight in their win. I spoke with the DJ there and he thinks that this is going to be remixed by all major Dutch DJ’s and it will be huge hit in clubs through the whole of Europe, this summer.

Some other points to think of:
Last place in semi 1 – Austria and Belgium in 17. Montenegro & San Marino who were tipped for the last place,were 15 & 14 respectively.You make out of it what you want.

Last place in semi 2 – Slovakia(no surprises here) and Slovenia in 17, which I fail to understand.

Norway was tied up with Bulgaria on the 10th place in semi 2, and went to the final just because they had 1 country more that voted for them.It puts in perspective Norway’s last place in the final.Norway should be happy with that place as they barely made it to the final.26 in the final is better than no final at all.

BTW: Did you know that there could be a great mashed-up song combining Estonia & Slovenia?