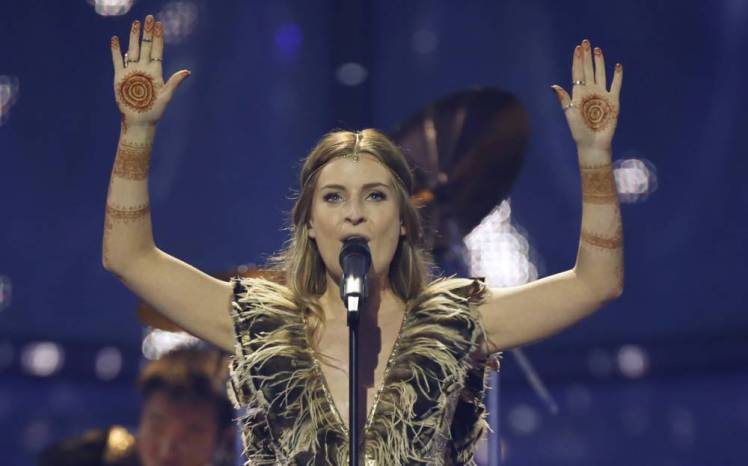 As I am a UK journo, I think I need to write a couple of hundred words on the UK of Stuff - I'd planned to do this higher up the board but hey. The first thing I have to say is :

MOLLY AND THE BBC DID NOTHING WRONG.

I'll let you ponder that for a moment.

The only reason that the UK came so low down, relatively, is the quality of the songs in that second half. Fcksake, 2nd, 5th,7th, 9th, 10th, 11th, 13th were all in our half - Plus Conchita smashing it all over the place in the first half - Molly, frankly, never stood a chance from Friday Morning at 0200 CET - With hindsight.

What to do the UK do? - Absolutely NOTHING. The BBC Introducing idea is a fab one - get a decent artist that writes their own music in - fab idea. The only thing I would say is to make the song a tad more commercial and the results will come.

Guy will be disappointed, natch, but don't bloody give up. Europe doesn't hate us. The songs just need work.