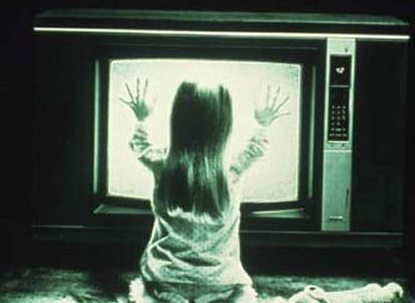 200 million people watched The 2016 Eurovision Song Contest. At least that’s the official line from Geneva – home of the European Broadcasting Union, but how did the show do across Europe?

Not all countries have been quick to announce numbers, but on the whole there was little change over 2015. That sort of makes this the dullest article going, but let’s get our anoraks on and go for it …

The host nation always gets big numbers. It usually ends the year second only to its own Eurovision national final – the Melodifestivalen. Swedish TV reports 3.7 million viewers. Up 400,000 on last year.

Neighbouring Norway missed out on the final, but 889,000 watched, a 59% market share. It’s not quite the 1.7 million who tuned in last year. In Finland – another non qualifying Scandi, numbers stayed around normal with 675,000 viewers.

Coming more or less last meant Danish viewers showed little interest in the final. When Denmark hosted in 2014, 2.4 million tuned in. Last year 814,000 watched. Lighthouse X had been written off by Danish media and this left just 711,000 viewers watching the final. Despite the Danes getting a less than impressive result, it was still the most watched programme last week.

The Brits and the Aussies

In the UK, a predictable defeat did nothing to damage ratings. More than seven million tuned in, making the UK one of few countries to record an increase on last year when ratings hit a five-year low. Fair enough, the BBC struggled early evening when up against ‘Britain’s Got Talent‘, but as soon as the dancing dogs and fat lasses in party frocks shuffled back to obscurity, Eurovision peaked at 8.5 million.

In a land down under, numbers were slightly lower than last year – when SBS convinced everyone in Australia they had a mild dose of ‘Eurovision Fever‘. It’s probably too soon to suggest loss of interest, given Dami Im ended the night in second place. OzTAM ratings figures show the live broadcast averaged 527,000 viewers, with a Sunday evening repeat picking up 536,000.

Coming last a record two years on the trot didn’t seem to put German viewers off. Schadenfreude prevailed and 9.3 million tuned in making it the highest rated show on ARD this year.

French viewers have shown little interest in recent years. That all changed when singing dentist Amir was pitched as a pre-contest favourite. The contest final was up against stiff competition from the final of ‘The Voice‘ but it came a very close second with 4.9 million viewers.

In Spain, it was a different story. The show remains in decline. 4.29 tuned in, down almost two million on last year. Maybe singing in English was a step too far?

Dutch ratings tend to depend on whether they make the final. Last year, you couldn’t give tickets away, but Douwe Bob made sure that 66% of the available audience tuned in, meaning 4.2 million people were watching.

Over 5 million people were watching in Poland – the best ratings since 2004. Judging by the televotes, at least as many expat Poles tuned in across Europe, Asia and Australia.

In Israel numbers were up 2% – Hovi Star managed to deliver the best ratings for the final since 2010.

The Greeks might have heaved a huge sigh of relief that any prospect of being asked to host the expensive show vanished the very instant they picked their dreadful song. Viewing numbers were down to just over a million.

There was much fuss made on-screen about the show being aired live in the US. Effort went into geoblocking the regular live streams. Heck they even recruited a genuine ‘merican to sing half way through and make new viewers feel right at home. Sadly, niche cable channel Logo pulled in a paltry 52,000 viewers. So that was money well spent.