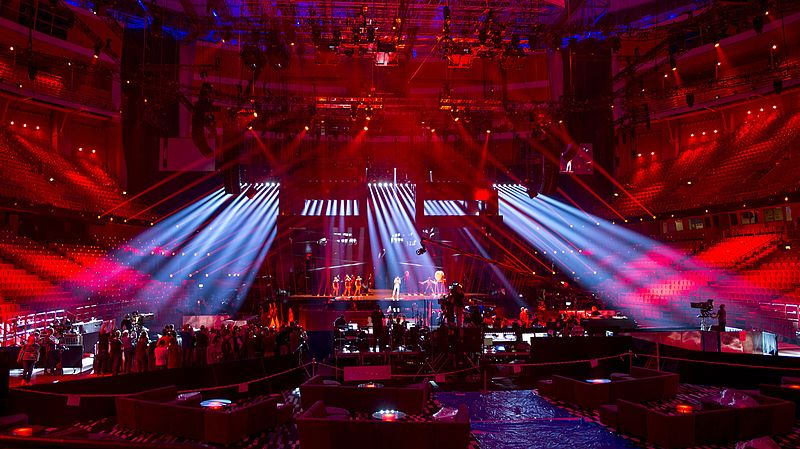 Hungary delivers no surprises. It’s a similar set up to the national final. Freddie is smouldering in a tan leather jacket, drummer to the right, three backing singers giving it some gusto on the left. I missed the first go as I was in the loo, which is up some hellishly steep stairs.

Vocally Freddie’s fine, but then there was nothing in the national final to suggest he wouldn’t be. The floor is lit like scorched earth at some points. It looks quite effective.

Meanwhile in the press centre I’m sorry to report that the freebies of Vienna, and even the fika of Malmo, are not in evidence. I had to pay 10 Kr. for an apple. A decent sized bag of sour cream and onion crisps was tempting me but it’s 25 Kr. Obviously times are hard… I barely dare look at what’s in the canteen.