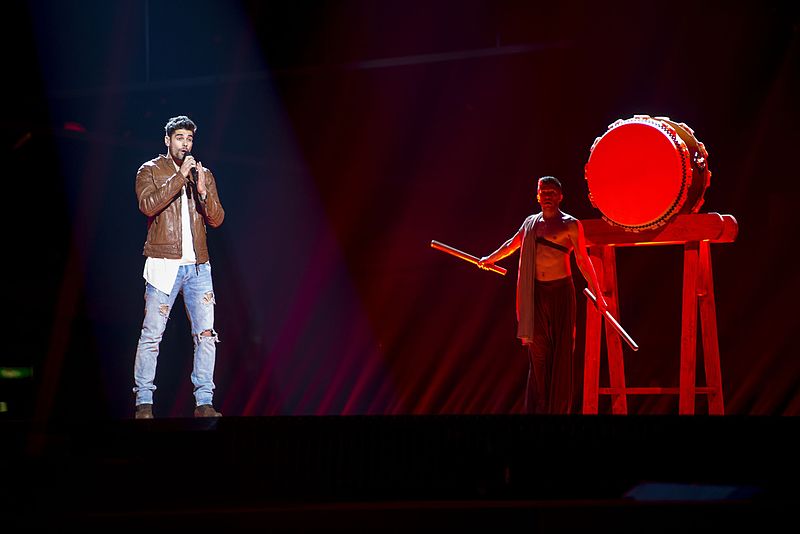 Still in the tan jacket, still in the good looking boy mode, Freddie has been and gone (it appears) in TWO rehearsals….  There has been no major changes to this song apart from the floor of the arena which was red but is now the same colour as his jacket.

Toning the red down really works here and the drummer that wasn’t hitting the drums… now is, and that makes the whole thing look less silly. Freddie now also has a stage presence now he seems to have relaxed from his first rehearsal where I thought he was a bit tense but he does look tired.

He really connects with the camera really really well and there are some fine shots zooming in from the back of the hall.

Qualifying or I am Mad Jack McMad!