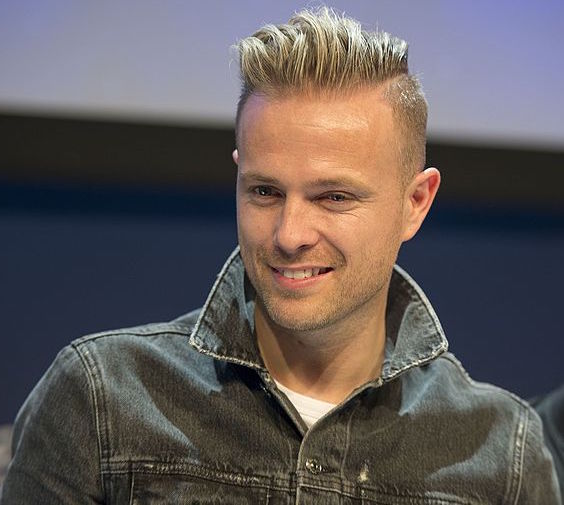 …Now, based on the live performances that we have seen of Nicky, we should have known what to expect. Sadly, however, even that came to be barely passable compared to what I have just seen.

There are lots of things wrong here. For a song about “sunlight” there is no sight of any yellow lights at all – a bit of a faux pas you would think by RTE, however they just continue.

Nicky can’t wear his two tone red and brown jacket without looking like Captain Scarlett (google him young ones!) and that’s distracting enough but when he sings the song is the main problem.

The vocal is weak… to my ears *very* weak. He’s not selling me this song and unless he is holding back (which I don’t think he is based on the live performances) he is making a critical error. Also, he didn’t seem to be looking straight at the camera either but was playing for the audience and when he does, there is no sparkle behind them and, in my opinion, there is a coldness almost as though he is going through the motions.

Nicky needs to remember the folks at HOME vote, not the people in the audience but unless this improves massively, it’s struggling to qualify and his name will only go so far.