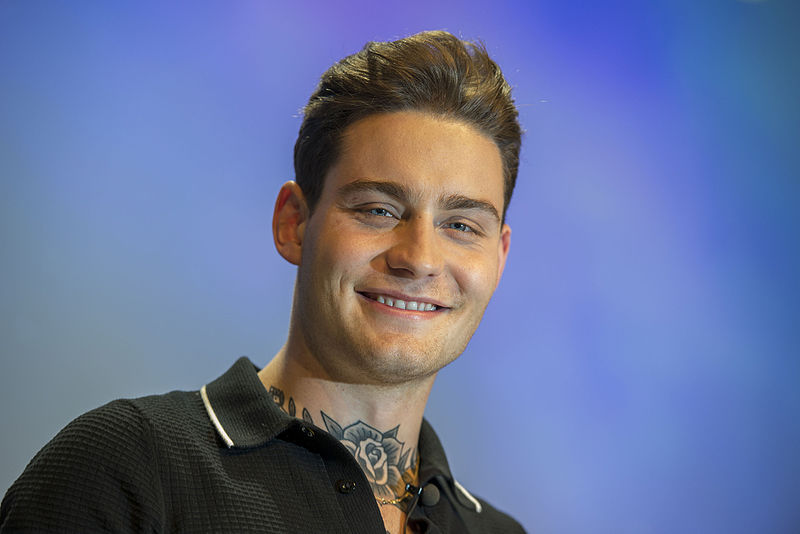 Douwe Bob is up now for The Netherlands. He’s looking quite natty in a crisp suit and white shirt showing off his very nice neck tattoo. They’ve just placed him on stage in a traditional band set-up. There’s a giant clock projected on to the floor though it doesn’t seem to be ticking. With time standing still it’s fitting for Douwe who’s ‘going nowhere and I’m going fast’. It’s a little flat on first run through, with Douwe just positioning himself for the cameras, and ending on the satellite stage.

On send run through he’s more confident, but on this as the first the music stopped at the same point, resuming some seconds later. It’s not clear if this is a technical issue (the sound feed is still a little intermittent) or whether something unexpected is going to be inserted here.

There are some who felt this was a potential winner, but I’m afraid I don’t even see it as a qualifier. There’s just not sufficient oomph for me. Not to be confused with Oumph, which I’m looking forward to again after last night’s supper.