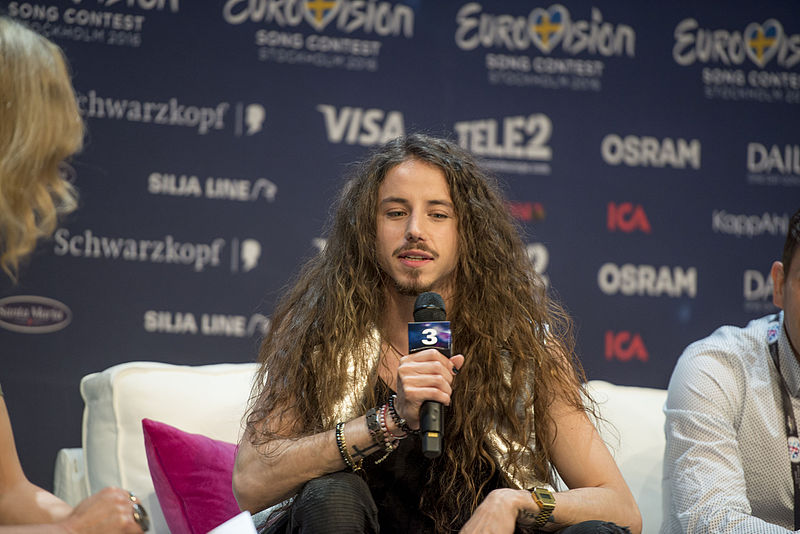 First rehearsal, he was all in Silver and it looks like he’d borrowed the bacofoil again and then for the second rehearsal Michel got his guns out for the lads and decided to go for the smoldering
look.

I do get the impression that he is pouting a little bit too much in a trying to be Mick Jagger with a zapata moustache. The only person he has on stage is a cellist who is a little bit superfluous and a pianist who is hiding in the back of the shot. There are words projected on the screen but to me its all a little bit forced.

On his final runthrough his voice cracked…. possibly by the strain rather than the emotion… He’s clearly holding back but still looked concerned.

Going through I think… but barely.

2 August – Until the dusk comes

9 July – Hold me tight and turn the ice into snowflakes