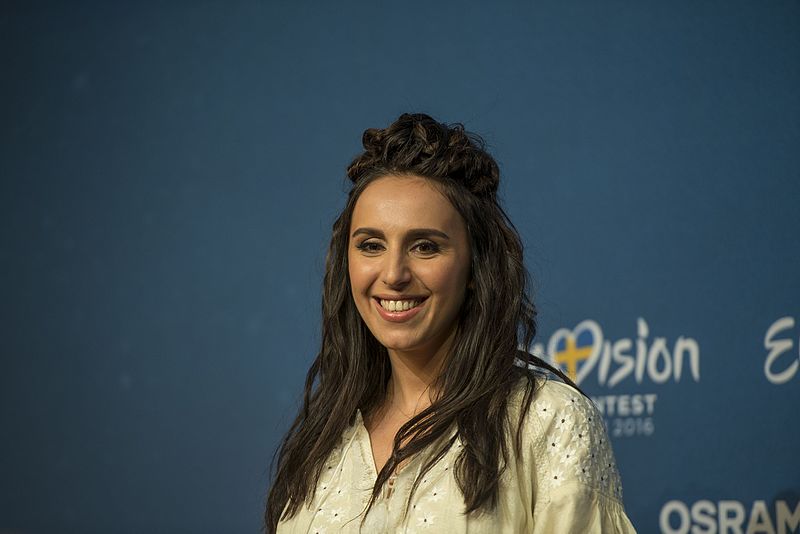 And so the dust settles on another Eurovision season. Were it not for the fact that I was at home for most of it I’d say it was damn near a perfect event. Oh, and I suppose there wasn’t really any great songs, but in the end the quality proved steady and consistent, and the TV show itself feels like it might, just might, have moved Eurovision on within popular culture. Oh, and politics played its part too…

Let’s start with Stockholm: I’m yet to hear a substantive negative comment about the city or its hosting. It might even have been the best host city yet in all I have visited. The compact centre and extensive existing tourism means it’s set-up to accommodate plenty of guests and the city went out to welcome its Eurovision visitors.

The support to build the EuroClub venue was phenomenal. I tried to imagine a similar set-up should the UK win and London host (both unlikely scenarios I know, and if the first were to happen I’d much prefer a Eurovision away from the capital anyway): positioning the EuroClub outside the Royal Palace is akin to slapping a Eurovision Marquee down The Mall outside Buckingham Palace. I suppose the spring timing would allow them to keep it up and double with whatever Jubilee The Queen would be celebrating on her official June 2nd birthday, but it’s unlikely to be part of Plan A.

Hats off to the Melodifestivalklubben members who worked with the City to pull off the venue and put on a programme that included opportunities for OGAE fans and the general public to access the hallowed preserve of those with EBU accreditation and enjoy the venue by day, with fans permitted to join the party in the evenings too. Being purpose-designed to provide a private area for artists and delegations was a shrewd move permitting more of them to enjoy the experience without the hassle of us pesky fans. I hope the lessons learned from this can form a blueprint for future Clubs: it’s not always been the best experience in recent years (Vienna, I’m talking about you).

Away from the EuroClub there seemed plenty to do for the public, although leaving early meant I didn’t get the full force of this with the Eurovision Village, Operaterassen or Tele 2 events, but even those lacking accreditation seemed spoilt for choice, with big names accessible at free events throughout the city. I enjoyed too the Swedish love for the Eurovision spirit: niceties like the NK department store window display were a lovely and quirky touch, and the long-engrained embrace of Eurovision and Melodifestivalen opens up genuinely lovely conversations with almost any Swede encountered.

The shows themselves were triumphs: beautifully staged, shot and presented. It was hard to find a song not enhanced by its staging (or at least not the part the producers could help with; the performers’ talents were purely down to them). The set-pieces from the hosts were well considered and delivered with incredible skill and humour. With six shows now under her belt the ever-popular Petra Mede has every right to the title of the Katie Boyle de nos jours, and if – as is quite probable – Sweden equals that seven-win record anytime soon I can see no reason why she wouldn’t be invited back for more.

But this was a competition and the competitive element needs to chime with the audience who want excitement and suspense. Boy, did we get it! Once we got there (a minor gripe that perhaps the voting window was open just a teensy bit long – extended perhaps by a late addition of a superfluous Justin Trousersnake) it certainly delivered! I was wary of the 1 – 10 appearing with only the announcement of the 12, but with a little bit longer on screen to process the first allocation this didn’t feel as rushed as I feared. Perhaps it was the knowledge that we had the new super-powered televote to come? Petra’s no-nonsense style kept us focussed without losing the iconic element of the pan-continental link-up.

The amalgamated televote worked a treat, delivering exactly what it promised. The lower votes were perhaps a little bit quick; the surprise of low votes eliminating countries instantaneously from the running recreated a feeling of the magic of the full announcements where a country would score a 12 from one jury only to get a shock single point as soon as the next commenced, but whilst it was satisfying to see low televotes roll in for the likes of Malta, it was undeniably deflating to see such a quick expulsion of the United Kingdom having built our hopes up for a mid-table finish after the juries. At the other end of the scoreboard the system created all the drama we could have hoped for, right down to the last set of points with the twist of a ‘surprise’ winner and defeat snatched from the jaws of victory for the poor Aussies. A few tweaks to be made from its first execution, but overall I felt the new system to be a most welcome addition.

Of course, the result gave us not just a winner: however much the EBU publicly state this is an apolitical beast the very act of pitting countries with conflicting political agendas against each other in song cannot help but reflect some of the broader socio-political issues of the day, and Jamala lit the musical touch paper and stood well back to watch the display. In keeping with all the best traditions of former Soviet artists she said everything she needed to by not saying what we all knew she meant. In a deft masterstroke of genius, she gave the EBU nothing to claw away from her without forcing an interpretation upon the song. There was no need to boo Russia this year: she allowed those with a conflicted conscience to enjoy Sergey unabashed and boo silently by simply picking up the phone and voting for her.

The aftermath has been priceless: it feels like every Russian dummy has been spat out wholesale along with every last matrioshka tossed from the pram. A futile petition gained fast and short shrift from the EBU. The cries of ‘worst winner ever’ have met equally robust defence in a keyboard war of social media clicktivists. It’s certainly the most divisive winner I can recall, but in no way do I think that’s a bad thing: its lack of hit potential seems insignificant against its broader socio-political consequence in the Eurovision winners’ roll call. It remains to be see what, if any, impact the emergence today of a video (since restricted) which appears to show Jamala perform a version of the song a year ago, and a full three months before the commercial publication deadline, will have, but with a negligible view count I suspect the EBU will deem it not to have had any unfair advantage. The bigger questions involve the capacity of the Ukrainians to stage the show next year in the face of a belligerent – and provoked – neighbour pipped at the very last post.

Same time next year, folks. It’s been an absolute pleasure.