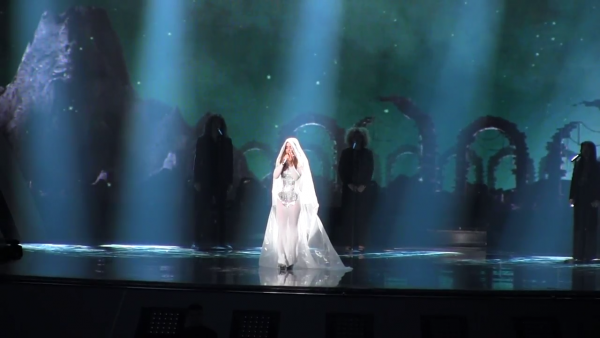 Anyone can gather Twitter followers. You don’t have to be famous. All you have to do is pay for them.

We often judge a celebrity by their online popularity. Justin Bieber, Lady Gaga and Taylor Swift have millions of followers, but a quick check reveals some of the biggest names in music are less influential than they first appear. Almost half of the accounts that follow US President Donald Trump, for example, appear to be fake. They have no pictures, very few Tweets and no followers.

This prompted me to check up on the Eurovision Class of 2017. Ahead of the final, there was much talk of huge YouTube and Spotify numbers. These numbers influenced bets. What if some of this online popularity was fake, and what if the fakery spread as far as social media accounts?

You can breathe a sigh of relief. On the whole most of our Eurovision favourites didn’t make fake friends.

With one notable exception.

According to Twitter Audit, 12,234 of Albanian Lindita’s followers appear to be fake, meaning just 33% are real.

It’s easy to buy followers – and it’s not likely she bought them herself – but as anyone who followed her online in May will know, someone tweeted her every move. If you mentioned Lindita, they retweeted your comment.

Her nearest competition comes from Greek singer Demy and Italian Francesco Gabbani. Although their 7% fake score is normal for any public figure, almost every other act with a Twitter account had a follower list that was judged to be between 97 and 99% genuine.

A number of services sell fake Twitter followers for the socially deficient. Prices range from $10 for 1,000 auto-generated Twitter followers. The other source of fake followers are spam bots which follow users with the hope of a reciprocal follow. This lets them send spammy direct messages.

Obviously, I am not suggesting that any Eurovision stars purchased bot Twitter followers. Although you can imagine that the temptation is strong among those who manage their social media networks.

With Eurovision organisers increasingly trying to find ways to exploit social media – this year Twitter made available a number of emojis to promote the contest – it will be interesting to see if 2018 is the year when the number of fake accounts rises.