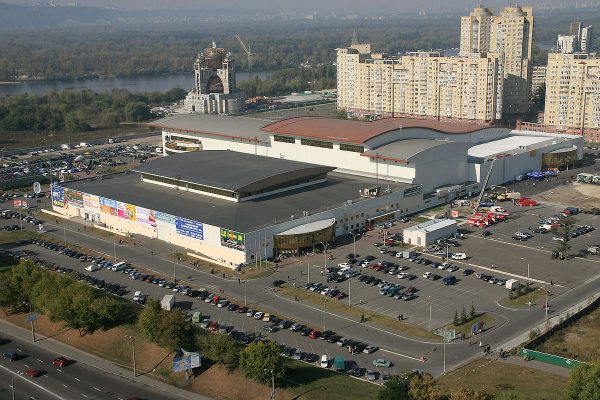 So you might think that Ukraine’s chosen venue for staging this year’s contest is a little unusual. Indeed, to the untrained eye, a convention centre in a less glamorous corner of town might seem a little insalubrious. But believe us, it’s nowhere near the strangest that we’ve seen. Indeed, it’s not even the first convention centre to have held the show in its 62 runnings. Yes, for in among all the theatres and enormodomes and football grounds, there have been some proper weird haunts to have hosted our favourite singing show. So let’s have a look at what we think are seven strangest of all time… 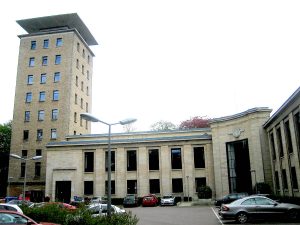 1962 – Villa Louvigny, Luxembourg City
The early days of the contest were all relatively modest affairs, usually taking place in some municipal theatre or television sound stage in a provincial city that happened to be available at the time. But it wasn’t until Luxembourg’s first shot at holding the competition that things began to go a little off-piste. Located smack bang in the middle of the leafy Municipal Park, just outside of their capital’s medieval heart, the Louvigny was once the site of an old fortress that defended the city from the varied marauders of Europe. But in the 1920s a stark municipal building had been erected on the site that looked more reminiscent of a complex of council offices in Kent. But despite that it had a half decent function room, so when the Lëtzebuergers unexpectedly won in Cannes the year before, the broadcasters at CLT decided to use their headquarters as the venue for the following year’s shindig. They must have liked it, because they used it again four years later, after their next victory. These days it is more familiar to the locals as The Luxembourg Ministry of Health. 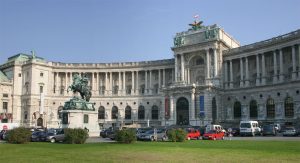 1967 – The Hofburg Imperial Palace, Vienna
When you’re thinking of somewhere grand to hold a big event in your city, don’t mess about with tawdry TV studios or sports halls – think of the biggest, grandest most opulent gaff that your capital has to offer. And so it was that the 1967 edition of the show found itself at the ancestral seat of the Hapsburgs. Dating in parts back to 1279, it’s one of the most intensely ornate public buildings in the whole of Europe, its architectural styles ranging from gothic to baroque with many others inbetween, which go to make it look like an enormous wedding cake plonked down bang in the middle of town. However, you’ll be lucky to find even a single reference to its connection to Eurovision in any of their official literature – although you’d suspect that they’ve had enough of their own history to be keeping them busy without having to remember some spangly telly spectacle from the days of black and white. Imagine if the next time we hosted the contest (and there will be a next time, although possibly not in our lifetimes) they held it on the lawns of Buckingham Palace. Old Queenie Liz would love it. Well, we’ve held it in stranger places, after all… 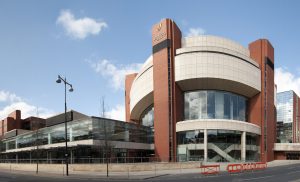 1982 – International Centre, Harrogate
Yes, when it comes to picking unusual structures in which to hold this funny old show, we Brits have got a pretty decent track record. We started out by ticking off the prestigious London venues like The Albert and Festival Halls, before going out on the road to Edinburgh and Brighton – and even eventually Birmingham. But when the BBC selected a convention centre in a lesser known spa town in Yorkshire, even the most geography savvy Englishers asked: “Where’s the feck’s that?”. Ou est Harrogate indeed! But it wasn’t quite as strange a decision as it may first have appeared. Dear Auntie Beeb had the place on contract to film the then-popular talent contest The David Essex Showcase (what do you mean you can’t remember it?), and obviously extended their option for another week, seeing as they probably had all their kit up there and everything. But this has all been forgotten in the mists of time and the expanding of the continent – so much so that it must be an utter puzzle to the young Eurovision fan of today as to quite why we chose to hold such a prestigious show in such an out of the way place. However, we wouldn’t be the last… 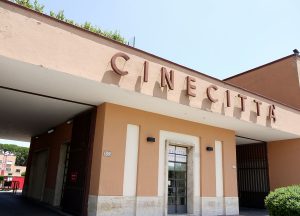 1991 – Studio 15 di Cinecittà, Rome
You can always trust the Italians to make the most simple things exceedingly complicated. After all, why hold a massive international television spectacle in a decent sized arena in town when you can ship it all out to a massive movie sound stage on the edge of the suburbs? To be fair to them, they had originally elected to hold it in the contest’s spiritual home of Sanremo, but some bright spark upstairs thought it would be safer to take it to the fringes of the capital, seeing as the first Gulf War and the Yugoslavian conflict were causing security concerns across the continent. Quite what the logic behind that decision was we don’t know, but it brought forth a maelstrom of confusion and complication and difficulty. And to top it all, they chose past winners Gigliola Cinquetti and Toto Cutugno to host the thing, turning the whole event into an unintentionally awkward titter fest by which all subsequent dodgy hostings would be measured. So if old Monkey Boy wins in Kiev this year, surely the pressure is on to find an even more inappropriate venue for 2018. 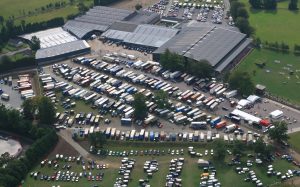 1993 – Green Glens Arena, Millstreet
There must have been something in the air in the nineties when it came to fool’s errands and comedy venues. Surely someone at the EBU must have seen the folly in letting RTE hold the thing in what newsreader Nicholas Witchell called “A cowshed in Ireland” after the complications and excesses of the Rome incident just two years earlier. Even writing it now the very thought of putting on the biggest show on the continent in a rural village some 30 miles out of Cork seems ludicrous. But somehow local businessman Noel C Duggan managed to charm his nation’s TV top bods into dragging the whole show out into the wilds on the promise of using his still unfinished equestrian centre for free. It all seems so romantic now, but would you fancy schlepping all the way out to the sticks from the nearest decent hotels in Cork and Killarney every morning for a week? You won’t find many competition veterans who had to make the lengthy trips there and back who will speak terribly highly of it – although it must be said that somebody did rather kindly extend the platform of the local railway station to cater for the extra footfall. Surely somebody’s going to make a heartwarming knockabout comedy film about it all one day. Oh how we’ll all laugh. 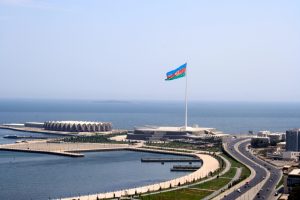 2012 – Crystal Hall, Baku
You had to admire Azerbaijan’s can do attitude when it came to hosting Eurovision. “OK, so we don’t have a venue quite big enough to hold the competition. So let’s build one.” No messing, they went straight out, cleared some space on a jetty in the shadow of their iconic giant flagpole and put up a massive great spiky tent for everyone to sing along in. Heavens, they were still building it around us all when we got there, and the floors were sticky with fresh paint for at least a week. And it wasn’t just the edifice itself that was unusual. The greasy waters of the Caspian Sea were lapping at its surrounds, with big blobs of oil percolating from the seabed, and with the strong whiff of the black stuff permeating our nostrils it was like nowhere this contest had ever taken us before – especially with the somewhat menacing gunboats circulating a respectable distance away from the promontory. Not only that, but its exposed position meant that it was at the mercy of the harsh winds whipping across the water from the arid deserts of Turkmenistan – and boy did they make that big top flap about something rotten. 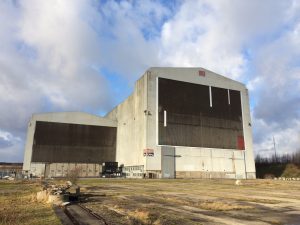 2014 – B&W Halls, Copenhagen
Another nation noted for mixing it up a bit, the Danes’ debut hosting saw the artists performing in a quaint hall at the centre of The Tivoli fun fair, while their second shipped us all into a massive and impersonal football ground out in the suburbs. But they surpassed themselves four contests back by converting a massive boat factory in a deserted industrial neighbourhood into the home of showbiz for a fortnight. And as much as the more esoteric among us enjoyed the abandoned urban despair of the hall’s surroundings, simply naming the whole area Eurovision Island didn’t enamour itself to the more usual Eurovisionist who didn’t fancy the boat ride and weren’t too keen on getting their shoes dusty. But while the whole affair nearly bankrupted the city, you can’t knock them for trying something new, and the impressive interiors gave us one of the finest backdrops to the contest in years. Just as long as you weren’t sat behind one of the massive beams in the cheap seats.

So that was our list of what we consider the strangest venues in the contest’s history. But do you disagree? And have we left anywhere important out? Let us know your thoughts and your stories below…

The David Essex Showcase was held during the summer of 1982 and the use of the Harrogate Conference Centre for that was more likely a gesture , following on from the hosting of the ESC months beforehand.