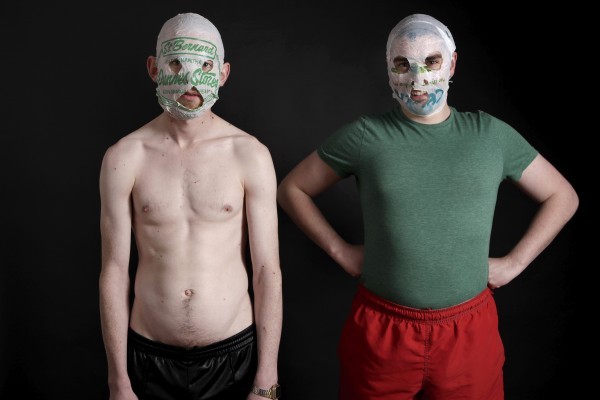 Fancy a bet on Eurovision 2018? The first market is already open with Irish bookmakers Paddy Power and BoyleSports. They’re offering tight odds on who will sing for Ireland in Lisbon.

There’s only one act in the running according to Paddy Power. Rubberbandits – an Irish comedy hip-hop duo from Limerick. At Paddy Power you can get odds of 4/1 for them to be named as the act to carry Irish hopes into the next contest. They’re also offering odds of 150/1 on the plastic-bag-faced duo winning for Ireland.

Aoife Heffron, spokeswoman for BoyleSports, said: “Punters were out in force on Monday to get behind the Rubberbandits to represent Ireland in the 2018 Eurovision.

The Rubberbandits tweeted: ‘We’ll do Eurovision, if the Irish public collaborate with us. To make the worst, tackiest song ever. So everyone is to blame’.

Their main competition comes from Samantha Mumba who has already said she would “LOVE to” fly the Tricolour next year.