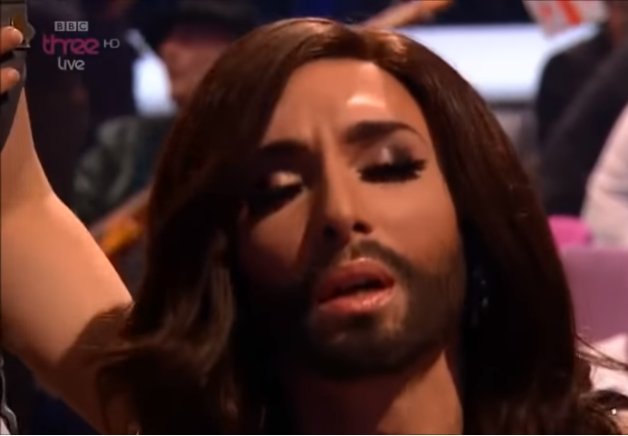 It’s getting exciting isn’t it Pat? Well yes it is actually.

Right, I think that’ll pass for a witty preamble. I’m feeling all lazy and spreadsheety over here in this bit of the virtual press centre this afternoon, so I’m sorry to say I have Stuff to inflict on you.

“I need to emphasise, probably just slightly too hard to be convincing, that the ten qualifying countries are being revealed in NO PARTICULAR ORDER”, as quite a lot of hosts have said over the course of the last 11 contests from 2009. That Tuesday night in Moscow… that Wednesday morning in Moscow… saw the first dawn of an electronic (and presumably producer decided) reveal order, rather than opening a set of 10 envelopes which are completely identical from the outside, as far as we can tell on the TV hem hem. And 22 semifinals provide a lot of data to trawl through if you’re bored. Which I was. So are there any patterns to look out for, or does it look legit random?

Obviously the first question you’ll be asking tonight is “So who won the semifinal then?”, with a view to at least seven contradictory leaks being out on social media in time for tomorrow’s breakfast. Well, the reveal order isn’t going to help you here. That does look genuinely well mixed – the winner has been announced at every position in the sequence at least once, and none of them more than three times. Only Bulgaria‘s Beautiful Mess in 2017 has been the first to be announced, and that one blitzed its heat so comprehensively that there really was no drama to be wrung out of it.

Our team of highly trained producers seem a little less cautious about disguising the runner-up however – that one’s been announced 1st on four occasions, and although it’s well to the fore in the reveal sequence more often than it should be, it’s never been the 2nd qualifier to be announced.

At the other end of the table, the tenth-ranked qualifier is probably going to make its appearance quite early. It’s been one of the first three announced on nine occasions, in the last four only four times, and has never once received the tension of being the last name announced.

Iceland are the kings of tension – four of their seven qualifiers were the last to be revealed, including a run of three in a row from 2009-2011. They’re not the country that the producers take the greatest delight in tormenting, however – for that honour, step forward Belgium! Five times they’ve qualified in the period I’m looking at, never announced earlier than 8th and three times kept for last.

I wouldn’t be at all surprised to see Belgium as the last qualifier tonight either, because I’m certain that our superb Dutch producers would enjoy the idea of putting their dear neighbour through a little bit of gentle hell.

Doing one more sort, and I also find something interesting about the last qualifier revealed – it’s never once been one that finished lower than 8th, and it’s surprising how often they hold it back for something that really ought to be blindingly obvious. Was there any actual jeopardy for Conchita in 2014? Mind you, looking back at that screengrab it really does look quite a lot like actual jeopardy.

Similarly, was there a genuine risk that Yohanna might have missed the boat in 2009, or Eric Saadadaade in 2011? I admit that I liked the idea that Popular might become forever known as Unpopular, Sweden had proved a year earlier that they weren’t quite as rock solid as we’d all assumed, but it wasn’t all that plausible that any of the non-qualifiers might have beaten it. I guess we just don’t get time to overthink it in those few seconds of grand drama though.

We’re in for another rollercoaster tonight, I suspect. And what I’ll tell you for nothing, is that whoever’s country gets called out as that final qualifier – just for a brief moment, you’ll not see a more relieved looking face anywhere on the planet. Happiness comes later. First – RELIEF!

It’s a thriller, and that’s why we love it.