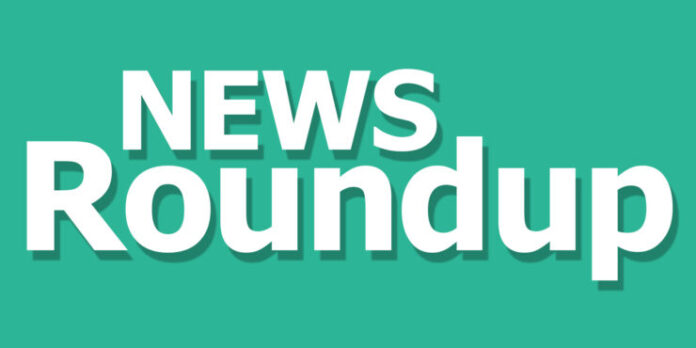 Well there is a cold chill in the air, certainly here at OnEurope Towers (mind you, I need to put the heating on, that’ll help), but that also means one thing …

Well, despite what other sites would have you believe it’s still FRICKING OCTOBER which means that news is still scant but, ever the reactionist website that we are, I decided to round up what we actually know (rather than what we think we know) in this Local News Round-up Round-up!

Let’s start in Non-Europe with Australia. They are going to have their own usual camp as tits national final in the early hours of February 26 in the Gold Coast.

Belgium has announced that Jeremie Makiese will represent the country at the contest.

Denmark will be having their show in Herning in the Juske Bank Boxen on  March 5. This time with an audience, we hope. Reports suggest eight songs will be competing.

Estonia has totally overhauled its selection process and is going down the Melodifestivalen route of Knockout Rounds. Four Quarterfinals (November 20, 27, December 4 and 11) each presenting recorded music videos of ten songs – with the top three televoting and the top two from the jury going through to their Semi Finals (February 3 and 5) leading to a final on February 12, which we hope to be at as usual – if the Estonians let us in!

France is also doing a national final. Details are sketchy but you can still submit a song.

Norway is sticking with a semi final and final. Semi’s start on January 15, leading to a final on February 19.

Spain is decamping (if that’s not an oxymoron, I don’t know what is!) to Benidorm for a contest in the sun in February. They have, seemingly, called it Benidormfest. That’ll be as exciting as paint drying then.

Sweden is doing their usual thing. The final will be on March 12.

Poland will be announcing a song on 2 January.

Portugal is doing *their* thing as well. FdC 2022 will be on an unspecified date with two semi finals before the final.

San Marino is, of course, going a bit bonkers in the head by holding what amounts to a mini Sanremo songfestival. February 19 is the date to avoid in your diary. They say there will be 18 finalists: nine newcomers (apparently chosen via four televised Semi Finals and a second chance round) plus nine established singers.

A few other countries have announced woolly information but as soon as anything definite comes across our bows, you can be sure you will know about it!

The Eurovision Song Contest 2022 will be the 66th edition.

Organised by the European Broadcasting Union (EBU) and host broadcaster Radiotelevisione italiana (Rai), the contest will be held at the Pala Alpitour in Turin, Italy and will consist of two semi-finals on 10 and 12 May, and the final on 14 May 2022.

This is the third time Italy has hosted the contest (having previously hosted the 1965 edition in Naples and the 1991 edition in Rome).