Unaccustomed as I am to running through a whole weekend of Eurovision nonsense, while the governor is laid up, it falls to me to take you through the various shenanigans that transpired in the World of Eurovision this past weekend.

It was all systems go for Turin with SIX songs confirmed for the 2022 Eurovision Song Contest. Croatia, Malta, Norway, Poland, San Marino and Slovenia showed their hands. Croatian Mia Dimšic is a dark-haired Taylor Swift giving an effortless performance of ‘Guilty Pleasure’. It’s a pleasant enough song though sounds to run out of puff towards the end. It’s a departure for Croatia in recent years and I’d hope to see it qualify – but Mia, love, do something about the pointless and distracting choreography. He’s cute, but tell him the show is in Rome or something to be on the safe side. 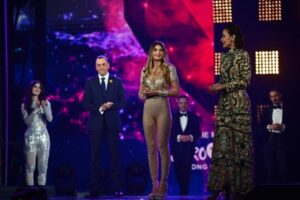 Emma Muscat has one of those ten-a-penny X-Factor voices, but she knows how to hold a song. Never a given at Eurovision. On first listen, the entry isn’t particularly remarkable. There’s one of those bridges with too many words and a chorus that only really kicks in half way through, after which it outstays its welcome. The staging is currently a mish-mash of ideas, including something cloying with a kid. All of it could usefully go in favour of something that throws focus on the main asset which is Emma. Since that won’t happen, suggesting a year out of the final for Malta.

While wolves might be a gimmick too far, the song itself – while generic – isn’t half bad. It’s well put-together and nicely structured – plus it’s memorable. Obviously, this is one of the songs that will get media attention – albeit in the ‘Eurovision is bonkers’ bracket. Televoters will surely adore this and if it sits in the middle of a bunch of sub-par songs, Subwolfer will stand out. I’d be surprised if it doesn’t trouble the top five. The only thing that could be its downfall is giving in to the temptation to take this joke one step too far. 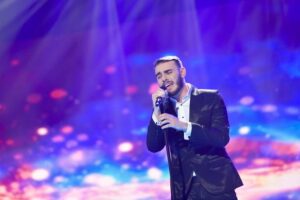 Ochman is a handsome lad and boy, can he sing, but ‘River’ is one of those pedestrian songs that thinks itself better than it actually is. Verging on dreary, you know you’re in trouble when there’s a violin break and a bit of vocal gymnastics to try winning over the voters by distracting from the entry itself. If this was a performer contest, he’d be in without a doubt. I’d call this competent but dull. Borderline four in a row for the Polish non-qualification record. 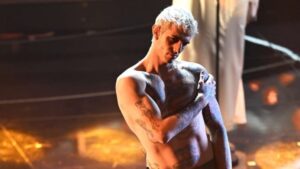 here’s a Eurovision rule that you should never give in to the temptation to reproduce the song that won the previous Contest. This rule didn’t make itself known in San Marino, where they picked charismatic Italian superstar Achille Lauro to perform ‘Stripper’ in Turin. He’s a professional and the song is easily the best San Marino has ever entered. I don’t discount this giving the Italians a run for their money near the top. Thing is, it’s quite intense and there’s not much fun here. 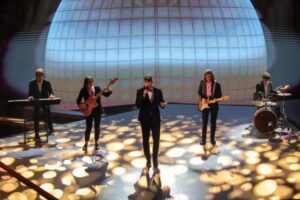 A lick of retro swing from a band who hot-footed it from the school dance. The song itself is eminently forgettable and there’s a need for styling och consulting. And perhaps boost the brass to give it something, anything that might make the song stick in the mind. This is one of those serviceable efforts that lacks personality. But there’s time to revamp and I’d suggest we write it off at our peril. (To be fair, I might have listened to to much new-ness for one morning).

The 2022 Melodifestivalen continued to delight, amaze and disappoint in equal measures, with most still feeling the format needs more than a tweak, as the quality this year stays resolutely bleurgh. Still there were two more direct to final songs and two more to fight it out in the second chance heat.

Read all about it