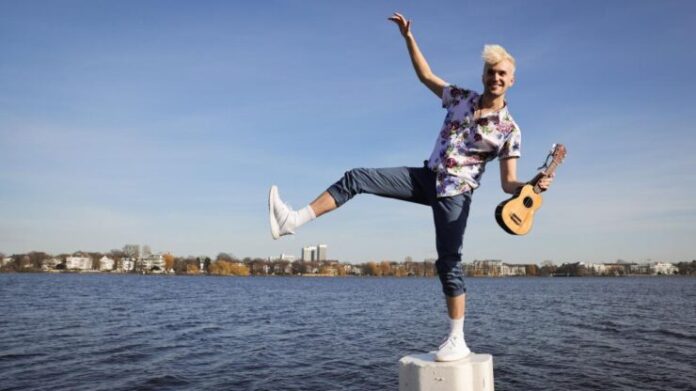 I Don’t Feel Hate by Jendrik

If you’re about to drop the most divisive song of the year, there’s a certain amount of genius to make it about brushing off criticism and pitying your detractors. Jendrik pulls off both the annoying, and the annoyingly catchy, in this tongue-in-cheek, upbeat, and positive entry for Germany. There’s a hint of George Formby here, and your reaction to it may well be in direct correlation to how far you enjoy the twang of a banjolele. There’s even a break for tap dancing, introduced by the singer, before he wishes you a nice life and his three minutes are up. Or almost six, as he’s dragged the video out a bit, which you might again judge against a curve of diminishing marginal return.

After a few ukulele-driven bars, the song bursts out of itself, which, I have to concede, creates an impact in live performance, and despite everything (and there’s a lot of it) this does have the potential to do very well. Jendrik is undeniably charming and has personality enough to carry off something this ambitious. It’s also difficult to argue against a song that is genuinely inviting you to a happy place with such sincerity, albeit with perhaps a whiff of naivety.

Style-wise it’s not really to my taste. In fact, style-wise I do rather hate it. But even though Jendrik tells me he’ll not feel my hatred he’s so damn charming that I don’t want him to either. Which is bloody annoying.

My marks: 5 points
Will it qualify? N/A – Big Five