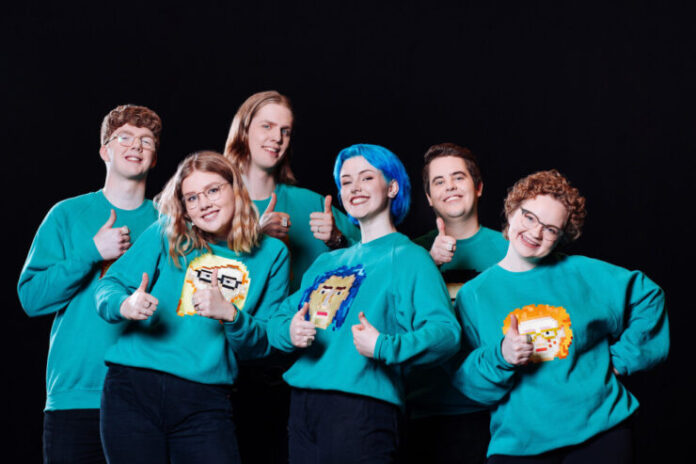 In a parallel universe, free from viral restrictions, might we be readying ourselves for the first Eurovision held in Iceland this year? Certainly, Daði’s Think About Things is as big a Eurovision cross-over hit as I can remember, and there’s little doubt in my mind that it would have been the winner had Rotterdam 2020 been able to happen. But getting back to earth…

With such great success it’s no surprise that Daði and the band return with something very similar. Think About Things itself was in the same vein as their second-placed Is This Love in the 2017 Söngvakeppnin after all. All the elements that made Think About Things a breakout moment are here: the band in matching green outfits; quirky touches such as sparklers on the instruments; and a simple, silly, eminently Tik-Tok-able dance routine. It even continues the domestic theme as once again the song reflects on Daði’s marriage with bandmate Árný, still revelling in the magic of their 10 years together.

It’s lovely, fun and endearing. And yet… something feels just that little bit more contrived this year. Think About Things sparked a moment of spontaneous magic, and whilst all of the ingredients are here this year, and the recipe only slightly tweaked, something vital feels missing. Of course, this isn’t the Eurovision Song Contrast: 10 Years will be judged on its own merits and of those there are plenty, though not, I feel, as many as last year.