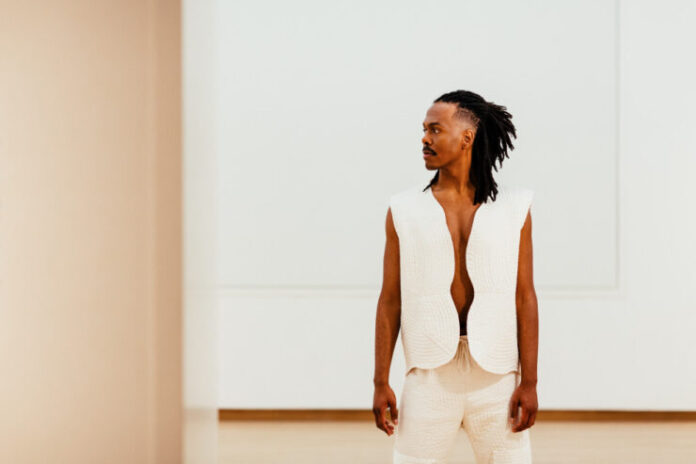 Sometimes a song comes along of such understated majesty it takes you a moment to appreciate all it offers. Jeangu’s 2020 Grow was such a moment, such an unusual entry of personal introspection it quite took your breath away, and quietly became one of my favourite of all the cancelled songs. Returning this year, Jeangu has taken a very different but no less impressive direction.

Once again it took a moment for me to appreciate this, its premier performance not conveying the same initial impact of the video, but once I saw that – well, wow! Drawing on his Surinamese heritage the song has themes of resilience and identity as it evokes Suriname’s colonial history and slavery. There’s a sense of renewal and reparation, of finding peace with and strength from a troubled cultural history that in many ways serves as the perfect zeitgeist for western nations, particularly those with colonial pasts, and our reflection on race and inclusion. And my is it beautiful!

If I have a reservation, it’s that, for me, the song’s live premiere failed to convey its full power as well as the video and having felt the full force of this, I want a Saturday night audience to feel it as intensely as I did. This is truly breaking new ground for Eurovision, and I hope Jeangu’s bravery in bringing something this impactful is richly rewarded. What a home entry to be proud of!

(A note on the lyrics. A phrase in the song uses Sranan Tongo, a lingua franca spoken by over half a million people in Suriname. One word is homophonic with the word broccoli in English, spawning the instant use of the vegetable emoji and several items of unofficial “comedy” merchandise. Nobody wants to be the language police but given the line “Yu no man broko mi” was shown with a translation (you can’t break me) in the premiere performance, and that it cuts to the very essence of historic resilience so central to the song, a fleeting moment of piss-taking does feel rather like it’s way off the mark.)

Will it qualify? N/A – host nation.

19 June – The gauntlet has been thrown

5 May – You’ll find everything you’re looking for

Netherlands: Deep in the darkness