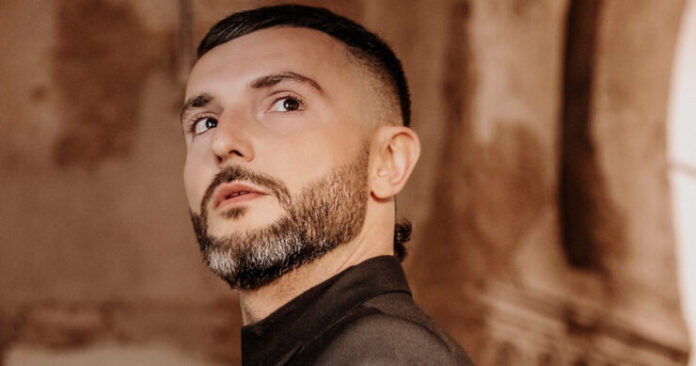 Here I Stand by Vasil

A year before his aborted attempt to be the lead artist for North Macedonia I had spotted Vasil as a backing artist in Tel Aviv. Livening up the welcome reception by sporting a jaunty leather crown I through he might be one to watch. Sure enough, he was selected to be the 2020 representative, and after the cancellation invited back this year.

If I’m frank, I was a little underwhelmed by his 2020 song. I had searched for him online and seen him display his full versatility for all to see. His talents stretched from opera to Slavic pop, the latter of which piqued my interests greatly. So if I’m frank again, it’s a little disappointing that he’s veered closer to the former for Eurovision.

This is sentimental, and clearly means a lot to Vasil, who introduces the song in the video. There are moments where I feel the sentimentality veers dangerously close to schmalz. There may even be some moments where that line is crossed. But I’m giving it the benefit of the doubt as Vasil certainly has the lungs to turn it on live. I just wish he was lending them to a big old fuck off Balkan banger instead.

Whatever my reservations with the song I am firmly 100% #TeamVasil following the ridiculous nationalistic crap he’s been subjected to as local geo-political relations have soured. A wilful misinterpretation of imagery in the clip has tried to force Vasil into a storm he neither has, not wants, any part in.

North Macedonia: Andrea is a fighter not a lover?