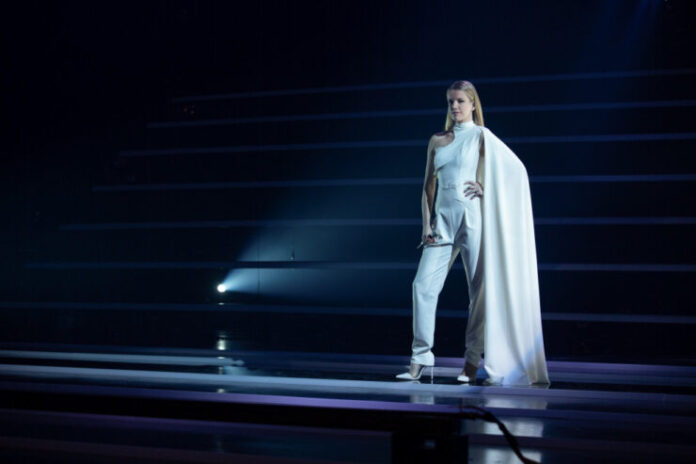 It’s a sorry state of affairs when I feel I should preface a review with an apology to the artist for the critique I’m about to deliver but here I am, for the second year in a row, about to slate the Slovenian entry. I’d say it’s not even Ana’s fault, but as she’s had a hand in the song writing then I can’t really bail her out. Soz.

I find the song itself rather dull. But more than I find it dull, I find it a strange vehicle for what is clearly an impressive vocal talent. When Ana lets rip she’s great, but there just aren’t enough moments in the song’s structure to let her do it. The early lower register sounds too low for her range and leaves her mumbling into her words. A choice of English too seems to constrain her even more, in that way that many singers are just a little less confident in a non-native language. And there are too many moments where the notes are short and she just has too many words to fit in, rather than the choruses which allow her full voice to be admired.

It feels like a wasted opportunity to deliver something that truly showcases Ana as an artist. The best bit is the final chorus, that starts after a false finish, but going by the time stamp that’s an addendum for the music video that will need to be excised to meet the three-minute limit. There’s maybe no better illustration of where this fails than in it leaving its crescendo on the cutting room floor. And no greater irony than bringing this year’s second Amen when it really doesn’t have a prayer.