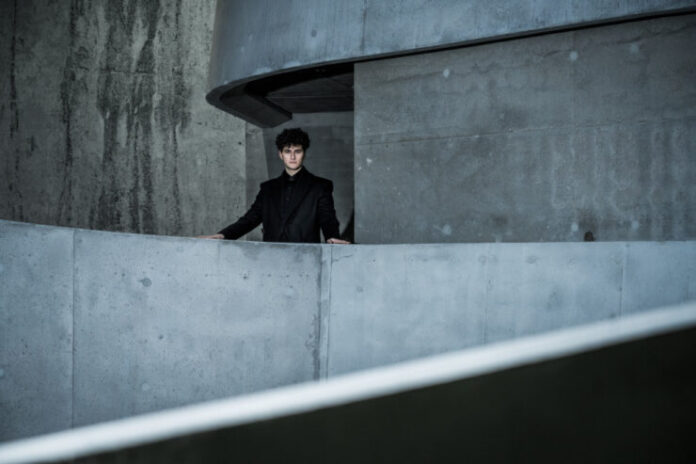 It’s either a brave or a foolhardy artist who illustrates their work with a car crash. The temptation to compare the work figuratively is just too enticing. In studio form I think this manages to drive safely, but I’m not convinced that the live performance will be quite so smooth a ride.

I’m not surprised Goujon has crashed his motor. The video clearly shows him not sticking to his lane and careering way too fast round those hairpin bends. His voice has the kind of fragility that could similarly steer him away from the tune. But that’s not all that could see him the wrong way up a cul-de-sac; from what I’ve seen of him live he has the tendency to gurn in a way that’s most unbecoming, especially for a song hanging itself melodically on tender beauty.

Tender musical beauty is of course in the ear of the beholder, and I’m afraid to mine this is a bit of screechy noise, sung a few keys too high under the belief it’s showing off. I don’t care how tender others find it, it’s too bloody dull to win. After the challenge of a year we’ve had, for the love of Bebi Dol, I just want the winner to be a happy banger!

At the time of writing this is third in the betting. THIRD! I didn’t really see why he was so tipped last year and can’t help thinking this time he’s enjoyed something of an initial bounce when the song came out and sounded in a similar vein, and now people are backing him thinking they’re onto something clever.

If all the stars in all of Goujon’s universe align there is a slither of a chance at a top end finish but managing to keep to the tune and not pull any off-putting faces while nailing the camera work and visuals to create just the right feel on screen is a heck of a driving test for someone who looks like he’s barely taken off his L plates.