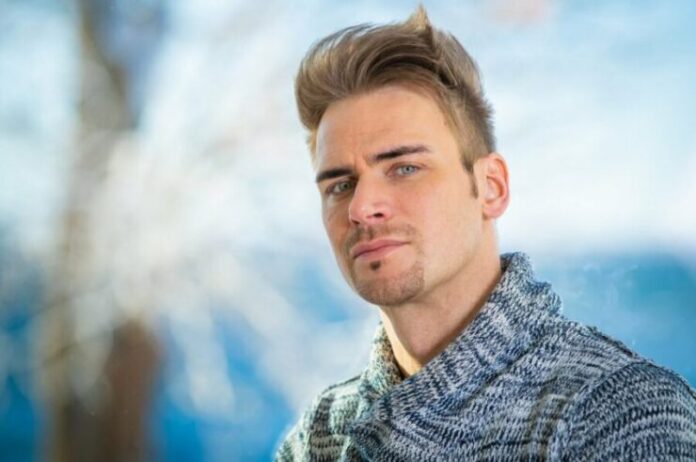 It seems that songwriters are using the copy/paste method of song writing for the 2021 song contest and Sharon Vaughn seems to have done the same thing here. Their 2020 entry, What Love Is, is clearly being used as a template for Uku this year.

That’s not, in any way, saying that its a bad thing.  If you have a formula that shows the strengths of the singer, stick to it. Uku is clearly one of the good looking men in this contest and, if anything, I worried that his 2020 song was an Airfix kit of a song – something written by numbers, for a singer that can only do one thing, but it seems that is not the case.

This song is making Uku look more comfortable singing it (which is what you need) and he is, in the Eesti Laul performance, still acting out the emotion throughout the song a bit woodenly (yes that’s a word people), so that can distract you from the piercing eyes.  Lyrically the song is about Love being a game of chance – as opposed to a game with jokers and pokers presumably – so it’s all standard Eurovision stuff, and that is both its strength *and* its weakness.

Sharon Vaughn churns this kind of song out ten-a-penny, so they all tend to merge into one for those of us that pay attention to the contest on a regular basis, and one gets a bit weary of the themes. However, it’s not us that she is aiming the song at. She’s aiming it at the juries and the televoters and, rather like Belgium, those jurors are going to see a well worn piece of crafted songwriting. Lars A Olafssen and his brothers in Tromso are going to see a pwetty boi, singing a half-decent song and will vote accordingly. It’s only half decent, mind, and relies on the hook of the chorus to drive the song towards the end, and I think it’s missing a big finish rather than just disappearing out with a whimper which spoils it somewhat.

It’s just a lackluster of a song. To its credit it is well constructed song. However the song doesn’t give you any reason to like it or to vote for it. I am trying to think why this was chosen and I can only think that the voters in Estonia had pity for him and wanted to give him a 2nd chance after last year’s cancellation. There are going to regret this very much