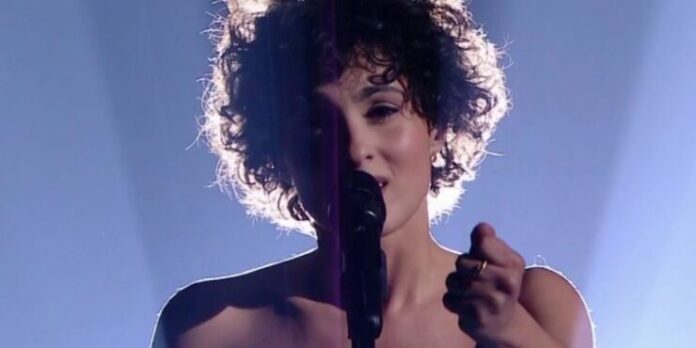 You can often tell which nation has sent a specific song from a mile off and this song could be nothing other than French. Seriously it could only be more French if it smelled of garlic and wore the musical equivalent of a stripey t-shirt … and in many ways it does.

‘Volia’ harks back to an era where the French-language chanson was queen, but mixes that with the 1940’s in the preview video. As a piece of art, Barbara Previ and her entourage hit all the right notes (and unlike Morecombe and Wise mostly in the right order). Barbara is clearly modelling herself on Édith Piaf and has a voice that wouldn’t seem out of place in a smokey cabaret bar in Marseilles. The talent is there as she sings this very easily, but my worry with that is: will Europe get or understand this piece of musical art? Because make no mistake, that’s what this is, with a lyric about a singer who wants to give people something beautiful with her voice.

There is certainly an argument that the juries will lap this up while the televote will kill it stone dead, because, lets face it, televoters across Europe will have more to get them excited about in many other songs that will get to the final.

If you like this sort of thing, you’ll not have a word said against it, and it’s certainly above average but I fear for it in a competitive setting.

11 May – I ran away pulling funny noses at nothing

8 May – The country of love doesn’t have a border

I love this song. It’s French and very recognisable, The piano and strings in the beginning of the chorus are very catchy and effective and once you have heard it once, it stays in your head. Even if it is in French you get the song. If Portugal won in Portugees, I don’t see any reason why a French song shouldn’t do the same.