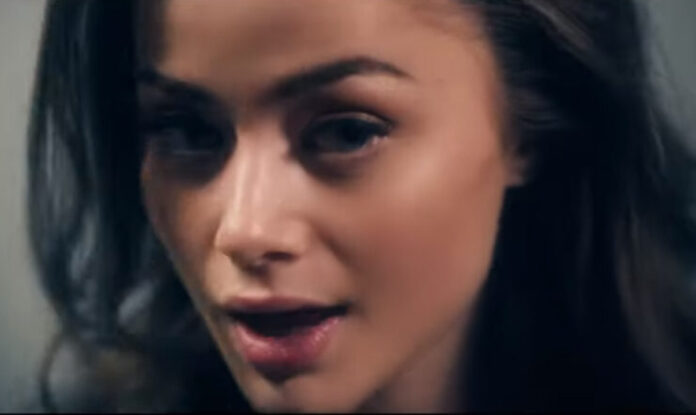 When I first heard this song, my immediate thought was to pan it like I had with Cyprus several days ago because on first listen, it’s a clone of every ‘Balkan banger’ ever… just like ‘El diablo’.

Then I came to write this, and, you know what, it may well be a case of ‘same old same old’, but the real people that vote in this contest aren’t gonna know or care. All they are going to hear is something they’ll associate with Eurovision. After all, the main point is to win a competitive singing contest. To that end, it ticks all the boxes. Good hook, catchy tune, typical greek “pretty girl” staring down the camera and she’ll probably do a bit of dancing as well – not moving at all from the formula.

Lyrically it’s not the best in the world, and if you listen closely, it *is* just a collection of phrases seemingly thrown together but, again, the real public aren’t going to care.

This is qualifying for sure. It’ll probably go Top 10, but the jurors might (just might) mark it down, if they stick to their ranking criteria and that will be a shame, as it is the best Greek entry … after a run of dire shit.

Greece – Should have been last on but…

Daughter of Europe you say? – The Greeks might not think so

It really is quite generic. Could have been sung by anyone,This kind of music require a voice which will give the the song a different colour(think about Tears For Fears or Eurythmics singing this song and you will understand what I mean). Unfortunately, her voice simply blend in the back ground music