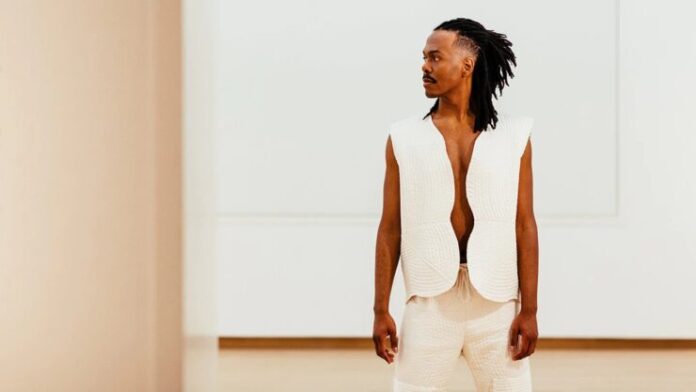 There are two main schools of thought when it comes to the Eurovision contest of songs.  The first one is that the host nation almost always gets a slightly inflated result because of the feel good factor after a win and secondly that you can put anything you like into the contest these days, as long as it’s good.

Jeangu Macroy is riding a wave, and not necessarily the one I’ve just mentioned.  His song entitled “Dawn of a new age” is an Caribbean inspired song about, and lets make no bones about this here, people freeing themselves from bondage in the old colonial days and, arguably, the sentiment of that runs through Black lives matter.  Is it at this point I guess I am supposed to make a plea that Eurovision shouldn’t be used as a political points scoring exercise… then I look at some of the points scoring exercises over recent years, including our own, and realise i’d best not go down that path.

It’s the song we’re more interested in and it definitely has the feel of a spiritual more than your typical Eurovision song, Jeangu has a cracking voice and the hook with the line in what I am going to call Surinamese because I can’t currently find what its called is a poignant touch in a song that is more about a struggle than making people feel happy. But, and again lets tell this how it is, there is an elephant in the room and ironically it’s the one he’s singing about.  I think that the message will resonate in western Europe but for a proportion of the audience, particularly in Eastern Europe i hate to say, there will be a conscious or unconscious bias against a song sung by someone who isn’t white, and that’s sad because this will be big and bold and beautifully crafted on stage but the continent has a way to go before it’ll be united behind this.

19 June – The gauntlet has been thrown

5 May – You’ll find everything you’re looking for

Netherlands: Deep in the darkness

I am struggling with this one. I am unable to make any connection to the song. I understand what they wanted to do with the song, but think that they have missed the mark a bit. It’s like a cake that has the rights ingredients but still fail to impress me and actually leave a bit of a bitter taste in my mouth