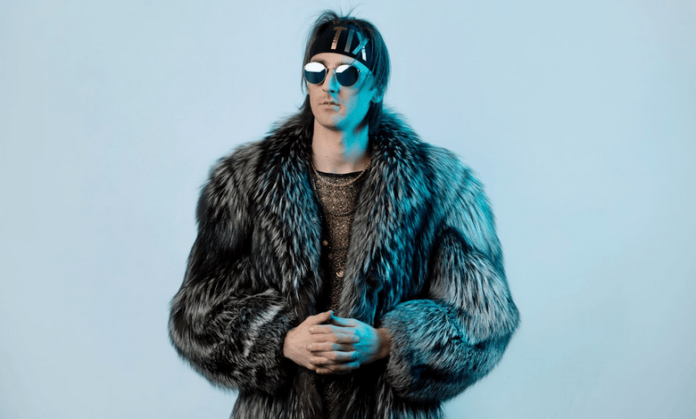 There are going to be *alot* of fanboys (and girls) that are still going to be sore with the Norwegian public for choosing Tix over Keiino who, apparently, had a God-given right to win the Norwegian selection, because the fans wanted them to.

In truth, ‘Monument’ was beaten by something that the contest always has at its heart: a popular (real) singer not manufactured to within an inch of his life. He’s had 4 number one hits in Norway … to Keiino’s sum total of one (just saying).

Andreas has Tourette’s syndrome and is very open about that but, mercifully, it’s only affected his eyes… and I say ‘only’ like it’s a minor inconvenience and I know it isn’t.

The song, then, is more stage show than actual song. It’ll revolve around the same idea as in the Norwegian final, which real people won’t have seen. Tix in an angel costume with devils changing him down while singing a song about the one he loves being out of reach.

It is, at its heart, a typical love song with the obligatory key change, which is pretty standard musically and lyrically. The “wow” moment will be the costumes on the telly, and by the time you’ve got over that you’ll have forgotten how formulaic and stodgy the music actually is.

It’ll qualify – again based on the maths of that first semi final – but I wouldn’t hold out much hope for a decent placing.

Norway – this is entertainment!

It’s 90’s boyband song sung by 1 person.The staging makes sure we know what he is singing about. That’s literally shoving the message down the throat. I understand that he has problem with his eyes and that why he wear sun glasses but isn’t this a receipt for alienating the audience at home who can’t make connection with his eyes. It’s not bad, just there are better songs in the same semi.