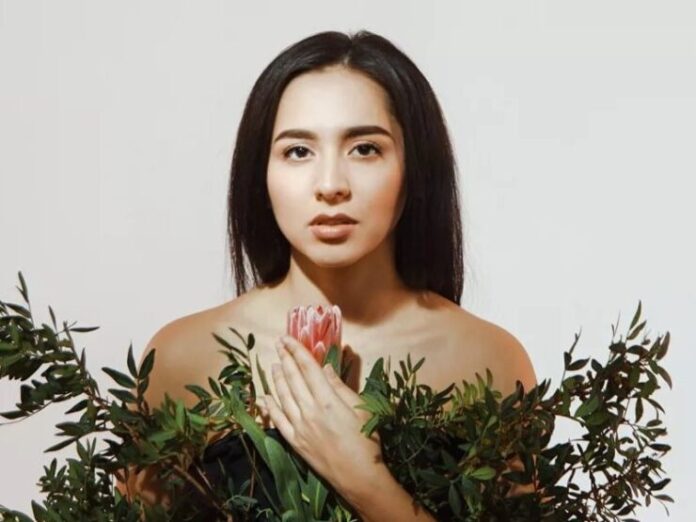 Russia has missed a trick – they led everyone to believe by their silence that Little Big were going to have a second bite of the cherry, and then there was a sudden announcement that no, they weren’t because C1R rejected their song. And so, at almost no notice, a three-song national final gave the semblance of public accountability.

This ended up being the best of the three presented, though that isn’t saying much. Removing it from that toxic environment and listening again, it’s better than I gave it credit for, but that was a low base to start with.

Imagine for a second a young version of Hilda Ogden from Coronation Street (Non UK readers please go to google!) casting off her traditional dress to become a Russian idea of “modern”.  At the same time she’s lyrically trying to tell Russian Women thats it’s ok to be a woman and to cast off the yoke of the Patriarchy, and, no surprise then, it was released on International Woman’s day.

Whilst the sentiment of breaking that glass ceiling is all well and good, the song is pretty much rapped for the first minute and three quarters, in Russian, which is not the easiest language to speak or listen to, let alone rap in. It just seems to make the song drag out far too long. By the time the (strong) chorus kicks in, the listener will have turned off from it. Well, *I* did at any rate.

It also seems a bit disingenuous to have two men in the backing group if you are all about women’s empowerment. It’s almost as like C1R are saying: “Yes, you can have your fun but not too much”.  I get the state-sponsored message that has been sent, but the song is just not very good.