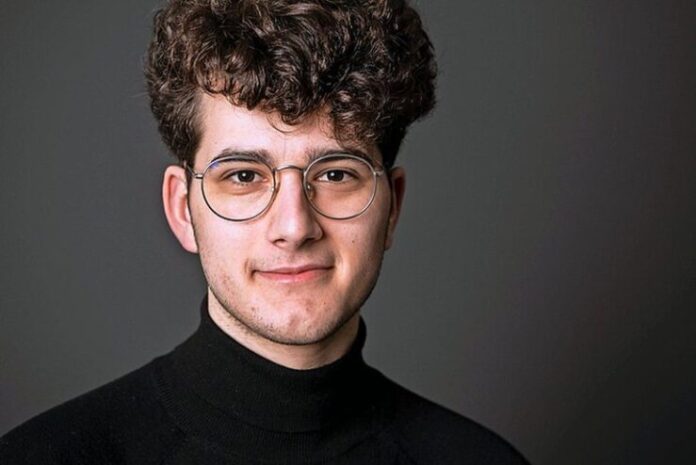 There are times when you can describe the Eurovision Song Contest as car crash television but never has there been a song with an actual car crash in it, and yet here we go!  Gjon’s Tears, a strange name for a soloist, sings most of the video lying on the ground after a car crash looking back at himself – now tell me that this isn’t a metaphor for many Eurovision Songs and singers. Anyway, the video gives no indication of the lyrical content, so I had to go and look and was somewhat shocked to discover that this is infact a love song, of sorts, talking about two hearts being at the centre of everything and how, essentially, love can conquer all.

Though you’d never guess it from the video which sees him helping himself out of the car and rescuing himself, presumably so he can go on loving his significant other. The video is all a bit too deep for me, so let’s get rid of that because you won’t be able to replicate it in Rotterdam, and concentrate on the music. It’s strong, it’s well written, it progresses well and is formulaic in the same way that Arcade was formulaic and, in fact, this could be another Arcade moment in the contest’s history. This will chime with everyone. Gjon will clearly sing it very well and I just hope that the styling och consulting department of Swiss Telly decides on the dimly lit boy at a piano vibe just like Arcade did. Its strength is also its weakness. Will Europe be up for *another* Arcade clone, or will they want something lighter in tone? – Who’s to say – but what can be said is that this is a class piece of song writing by all concerned.

Switzerland – He’s on the road… the road to Hull?!

Switzerland Press Meet and Greet – Is he a bear?

His 2020 song was one of my favorites and this is also very good and I am happy is staying true to himself and to his style. Something in the composition makes this song slightly less accessible than his 2020 contribution, but it’s still a very good song. I understand the comparison to Arcade and there is a question if it has a sufficient distance from 2019 not to be considered a copy of the last winner. Another question is:what king of mode the Eurovision audience has on the night. Will it goes for the heavy, depressing song or for a more light hearted song. We will know in May.