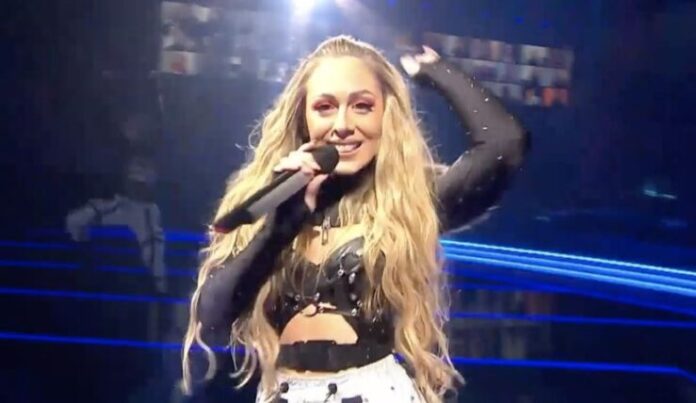 The Croatian song starts a run of three days with songs that I actually like which (spoiler alert) stop with that shit from Denmark … but there are 72 hours before I get to slate that!

This is, alphabetically at least, the first song that can be described as either a “bop” or a “banger” – I’m suspecting bop, but as I’m not down with the kids and etcetera, who knows? I know for certain that Albano or an Albino isn’t singing this song, but Albina is. The first thing I noticed was how this song’s chorus reminds me of any identikit Kylie Track from her mid noughties re-brand or a low-talent version of this:

… and I suspect those facts might well point you in the direction of the people that would quite like this song … and I am one of those key constituencies.

It’s also a very neat way of making something new sound familiar, which songwriters in this contest do so well. It’s certainly not a bad comparison I am making, because Albina performed this well in Dora, and the video is very slick, at least for the first two minutes. The final minute features her singing in Croatian (yay) and surrounding herself with Teddybears for no reason other than because she can.

The song, then, runs out of ideas rather quickly and peters out towards the end, with the last 30 seconds being just the chorus repeated in various ways.

As a package it’s nice enough, but as a song in a competitive singing contest it’s a shame it’s in the (perceived) stronger semi-final, where it has the likes of Yer Malta and Yer Lithuania and Yer Sweden to bury it. I think it has some life, but it’ll struggle.