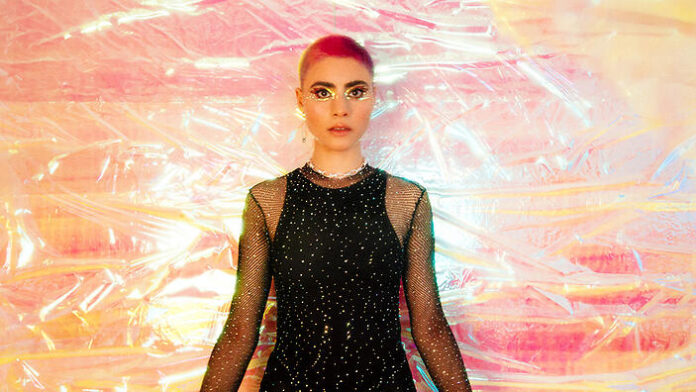 Australia clearly didn’t feel the need to produce a video for this entry and they nicked the video from Sydney Pride and entered that as their preview.   If this is a live performance of the song rather than an approximation, then Montaigne should consider singing an easier song in Rotterdam.

This has a lot of notes in it and she tries to do the whole vocal gymnastics schtick but there are so many off key and shrill moments in this performance it makes me worry that Australia aren’t going to qualify. To my ear it seems to be a collection of Ideas that are linked together musically rather than a coherent song with a thread that is running through it and  If this performance is repeated their name alone will not be good enough to get them out of the Semi final – something that I’m sure SBS and Sony Germany fear.   She’s going to have to get better.

Australia first up on day 7

Australia – He really is the same!

Last year’s song sounded good on record but sounded horribly live, mainly because Montaigne couldn’t hold a note. This year’s song only enforce what I have already suspected last year – she can’t hold a tune. She is totally off key in most parts of the song. She also seemed not to know her vocal weaknesses and tries to make all kind of vocal gymnastics and fails, miserably.
As you said,Phil, it’s not really a coherent song. More a collection of ideas than a real song.