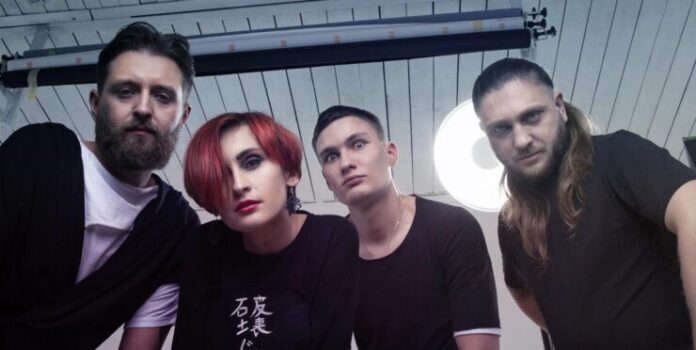 Even when the world is going to pot, like it has done in the last 18 months, some things in life are certain. Ukraine entering something that is just the wrong side of bonkers is one of those things. Shum’s preview video will probably give us an insight into Go_A ‘s mental state and their stage performance which, almost predictably, has shots of Chernobyl – almost as though Ukraine has no other delights (Spoiler it does).

This song is madder than a mad thing with a lead singer wearing some sort of upside down glasses on her nose without the lenses to compliment the unhingedness of the song. It has a driving beat, getting faster and faster towards the climax and it ends with the lead singer calling an eagle from the sky.

It’s going to be difficult to pull off this kind of madness in Ahoy and that’s going to be a shame. I further suspect that this song is going to have the strobe lighting warning as well…

Artistically speaking, it’s good to have such song in the contest. Unfortunately this song get on my nerves very quickly. Her voice is not a pleasant one or even a one you wish to hear often. The style of the song remind me the 2019 Polish song, which failed to qualify. Will this be Ukraine 1st non qualifying song? -Fingers cross, although its place in the running order give the song every chance to qualify.