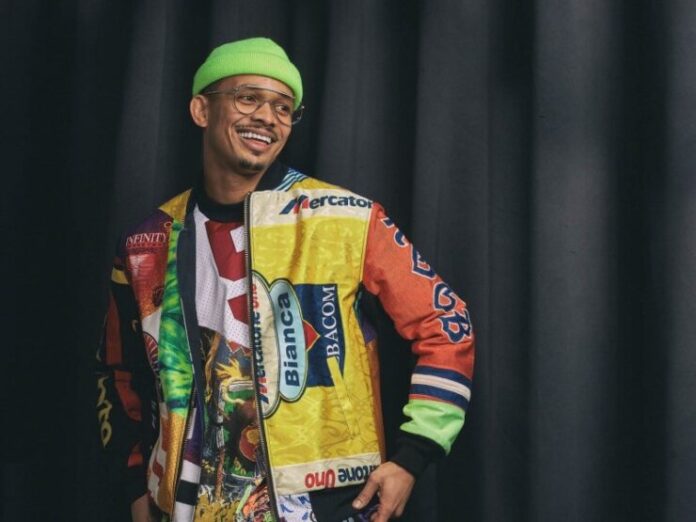 As we don’t write these in one group setting, and we can’t anyway with Covid, we don’t know what each of us has written, but I’ll take a small bet that That Monty will have marked this song unfeasibly highly!

Benny is another of the class of 2020 coming back to have another go with a considerably better song – it appears in the interim period, people thought: “How is THAT going to do well?” and wrote something a darn sight better.

The title of this one ‘omaga’ – means nothing, clearly, but I presume it’s a play on “Oh My God”, which Benny sings to describe the fact he’s let the love of his life go (silly boy), and this is his attempt to woo her back. Well, he’s won me over if she doesn’t want him, I can tell you that! The video is also very clever as it parodies a host of movies rolled into the three minutes, but one thing that isn’t parodied is the Contest.

This is a bone fide summer bop that if released into your nations’ charts would do very well indeed. In this contest, though, its going to be up against a lot of bops and bangers and the like, although this really does stack up with the best of them. The lyrics to the chorus are sung just a couple of times too often at the end of the song, which could make the televoter turn off and go: “Nope, enough now Benny,” but that equally could just be me and doesn’t detract form that fact that it’s easy on the ear, has lyrics you can understand. Couple this with Benny’s good looks and charm and ability to actually sing in a live contest environment and this is almost irresistible to qualify from its semi-final but, sadly, only in about 6th or 7th place. He’ll need to find an extra gear in the final because of the strong contenders around it, so don’t be surprised if it only gets a mid-table finish.

It’s better than that.

We are Domi: Making ourselves heard

this fun and happy song. Make you smile, make you tap your feet and shake your head. It;s full of positive energy and if he can convey that in the live performance, it can do great things. This song need a big crowd and the lack of it in Ahoy may be an obstacle for the song