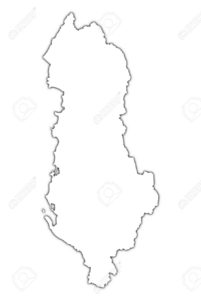 Don’t you just love our favourite TV show for its masses of different styles? You can have good old Scandi-Schlager, followed by good old Adriatic ballad, followed by something completely insane. There’s something for everyone. Some styles feature more than others. Metal (whether it be heavy or death) is often absent, so it’s noteworthy when it does appear.

In 2013, our friends in Albania tried this tack, instead of their usual big ballad from an earnest female. It was a duet between today’s birthday boy Adrian Lulgjuraj (with the shorter hair and no shirt under his jacket) and Bledar Sejko, and was refreshingly in Shqip. It was a bold move, but sandwiched between Norwegian severity and Georgian ballad á la Disney. The people of Europe (except Macedonia FYR and Greece) weren’t that impressed. But watch this and get ready to head-bang.

Albania has participated in the Eurovision Song Contest 17 times with its debut in 2004.

Festivali i Këngës, a long-standing song contest that takes place every year in Albania since 1962, is used to select the country’s entrant for that year’s Eurovision Song Contest.

Albania participated in the Eurovision Song Contest for the first time in 2004 with Anjeza Shahini placing seventh. It remained the country’s highest result in the contest until 2012, when Rona Nishliu finished fifth.

Ronela Hajati is the artist that Albania are sending to represent them at the 2022 Eurovision Song Contest. She’ll compete with the song ‘Sekret’.