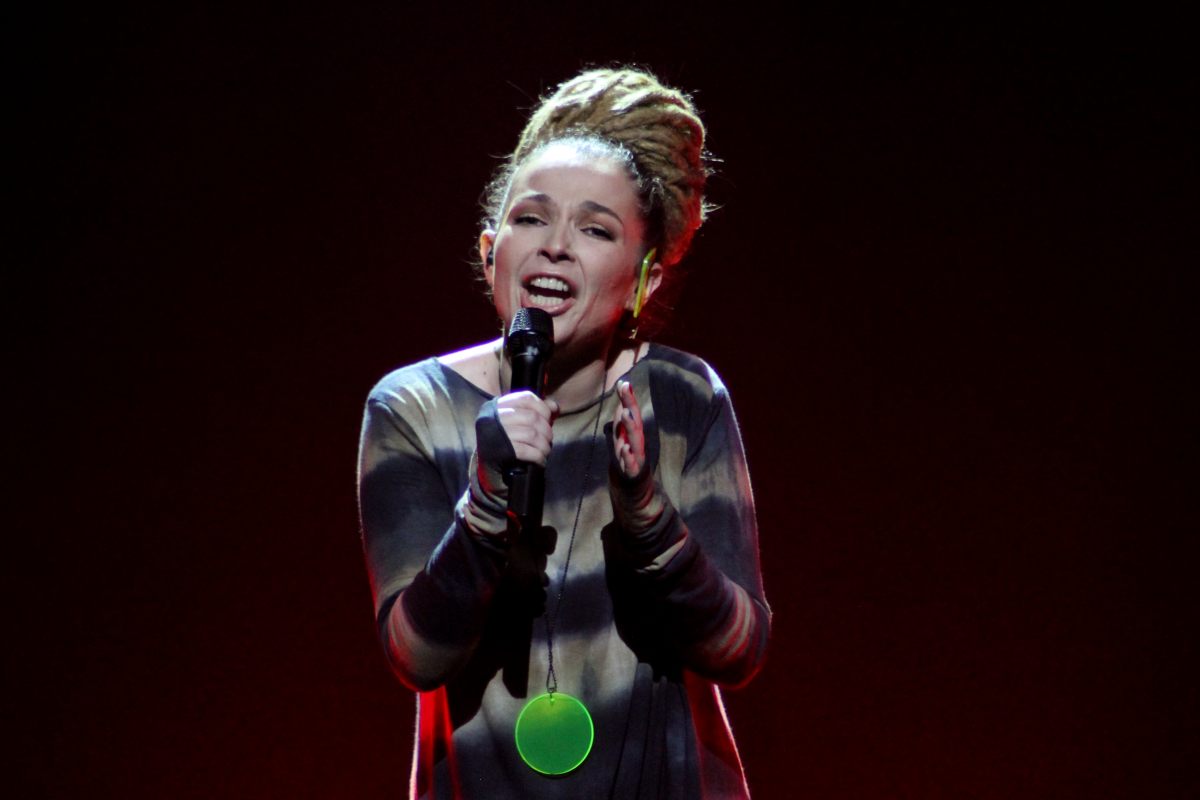 Well, I lied about no more cheese. My cider-addled body was craving carbs this morning and I had to succumb to an emergency cheese and onion pasty and a bottle of Lucozade around mid-morning. Well, about ten past ten actually. I have done some proper work, but I have to admit my head is now 95% on holiday. I feel a cashing in of some of my time of in lieu is going to happen before the afternoon is through. So what have we learnt this morning from our second vada at the first semi-final?

Montenegro – Rambo is looking a bit more spruced up in a jacket he initially hides under a cape, and the backing boys have got better at unfurling their banners, but this still looks self-consciously odd and whilst Mr Amadeus was always going to be an acquired taste there’s just nothing of the real appeal of the song (and there is some there, believe me) coming across in the live performance – it just looks shit, and that for me is a real shame.

Iceland – Jonsi & Greta are really just going through the motions with this. You get the feeling they know what they’re doing and whilst there were a couple of things out of place here, or not quite working at full impact, it’s nothing that can’t be pulled up a notch – probably with ease – on the night, or more accurately, nights now the performers have to impress the jury and the television audience on separate occasions.

Greece – Perhaps Eleftheria has some money invested in stocks and shares back in Greece and her mind is on her rapidly dwindling assets, because it doesn’t appear to be on her performance. She’s still struggling vocally and the routine doesn’t yet look particularly tight. She may of course have every confidence in her ability to pull it off when it matters but unlike the Icelanders I don’t share that based on what I’ve seen. This is borderline at the moment.

Latvia – Anmary is sounding great and the routine is looking solid. But what about that frock? It’s not flattering at all, and the satin hot pants of one of her chums are particularly ill-advised. A last minute change is always a risk, but I think it might be a risk worth taking.

Albania – I still absolutely love this, the three minutes seem to pass in a flash as Rona just pulls me into her intimate performance and that voice – oh! I’m in heaven. Sartorially she’s a bit on the, well, let’s call it bizarre side. I really hope this isn’t her stage outfit, and why does she have a piece of Tupperware stuck on her ear? She’d look great in a dark, richly coloured, simple, classy gown which would match the class of her song. I really hope this gets through, though for the very fact it’s an unusual style she has her work cut out for her.

11 January – Come back and save me

Ronela goes to Turin for Albania.