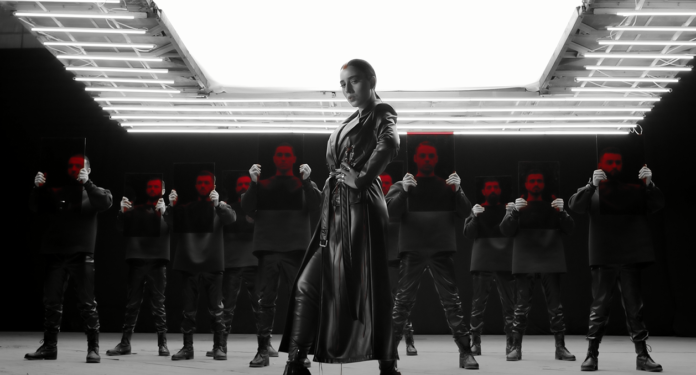 Srbuk hopes to get Armenia back on track after an uncharacteristic failure to qualify for the final last year, only the second time Armenia has missed out since their debut. Try as he might, no amount of angst-ridden emoting about the Qami in his face could get hunky Sevak to second base in Lisbon.

Srbuk is an alumnus of ‘Armenian X Factor’, and even popped up last year on ‘The Voice of Ukraine’ (whereby she probably thought she had 12 easy points in the bag this year – oops!). Her song is about the familiar pain of failed love. Her video shows her being jostled by a troop of male dancers, an illustration of the lyrical theme, no doubt, but also a nod to feminism more generally.

It may be that I’m just distracted by the several bearded lovelies she’s surrounded herself with, but it’s taken me several goes for the tune to penetrate me. Once it has, it turns out to be among the many very contemporary pop songs in this year’s line-up, but not being instant is never a good thing for a Eurovision entry, and there’s a lot of competition in this semi.

Armenia: Up there with the best

And finally… Armenia (said no one ever) … time to snap

Her live performance during Eurovision in Concert was dreadful.
Totally out of key and all over the place.

P.s.
I know that EiC is just a concert and I shouldn’t take too seriously, but I have never expected such poor vocals from her.