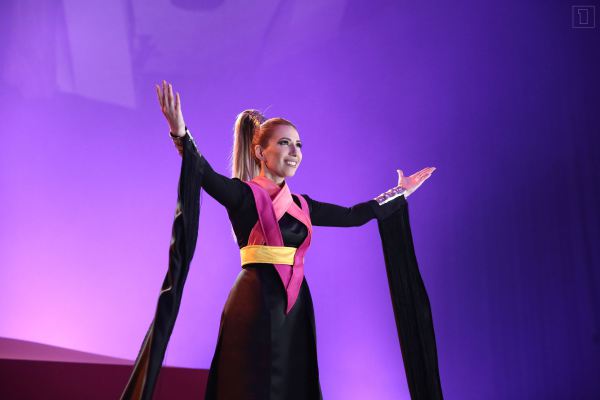 With news just out that Ukrainian authorities have taken a hard line on a Eurovision contestant who crossed illegally into Crimea, several Russian news sites claim that Armenian entrant Artsvik Harutyunyan may suffer the same fate.

The singer previously took part in a Russian version of ‘The Voice’ and Russian website have suggested that around this time, she crossed from Russia into Crimea.

A statement attributed to Ukrainian lawmaker Anton Gerashchenko notes that if the singer is proven to have broken local laws, she may also be refused entry in May. He went on to suggest that Ukraine’s Intelligence agency, the SBU, should probe all contestants in order to find out if they had ever violated the country’s laws.

“If we hold only Samoilova responsible, what about others? What kind of discrimination is it?” Gerashchenko claimed.

No news is good news

At the time of writing, broadcaster Public TV of Armenia confirmed there had been no approach from either the SBU or Eurovision organisers regarding Artsvik’s place at the contest.

The singer’s sister chimed in to confirm Artsvik had never flown to the peninsula: “We have no friends or family there, why would she go?” she said.

And to put this one to bed, trusted fan site esckaz has also reported that the SBU press-secretary, Olena Hitlyanska, has dismissed the press report as ‘fake news’.

Artsvik is due to perform ‘Fly with me’ in the first Eurovision 2017 semi final on May 9. Yay!

It isn’t in itself illegal to travel to Crimea. What is against Ukrainian law is for foreigners to access by anything but approved routes. Direct flights exist between Moscow and the Crimean capital Simferopol. Ukraine, however, warns all foreign nationals that anyone entering “temporarily occupied Crimea” without Kiev’s permission and without crossing an official Ukrainian border may be banned from future entry to Ukraine. The only way in involves an eight hour road trip from Kiev.