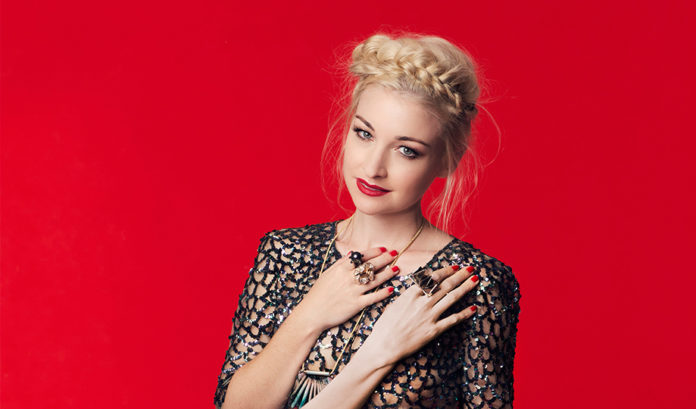 Now in their fifth year of entry, Australia has an unblemished qualification record – although Jessica Mauboy fell far short of expectation last year in 20th place. There were questions surrounding her ‘styling och consulting’, and of the decision to place her on stage alone whilst singing ‘We Got Love’ from a plural narrative.

The criticism of not having enough going on around her is not one you can level at this year’s act. After staging their first ever national final, the highly experienced Kate Miller-Heidke was selected to do the honours.

We’ve had some diverse topics addressed on the Eurovision stage, and at first glance, post-natal depression might not seem the most obvious to vie for a place in musical history in a show once won by La La Las and Boom-Bang-A-Bangs, but when you can romp to victory with a song about ethnic cleansing, who’s to say what will chime with the televoters of Europe this year?

The song is popera, a style we’ve heard many times at Eurovision, and in the local selection Kate stood on a plinth donning an extra-long length dress, another styling decision we’ve see on many previous occasions. She was backed by a dancer on a bendy pole, swinging back and forwards, depicting the fluctuating state of her mind. Madonna, herself rumoured to be this year’s interval act, has deployed this before to stunning effect in her ‘Rebel Heart’ tour, and I think it’s the part of Kate’s act that works best.

We already know the presentation in Tel Aviv will be changed, but its seen-it-all-before nature has many people dismissing this song. It’s a shame, as there’s plenty of originality in the song beyond the presentation, and I have a sneaking regard that this will do much better than many seem to think, especially in the more open of the semi-finals.

Australia first up on day 7

Australia – He really is the same!