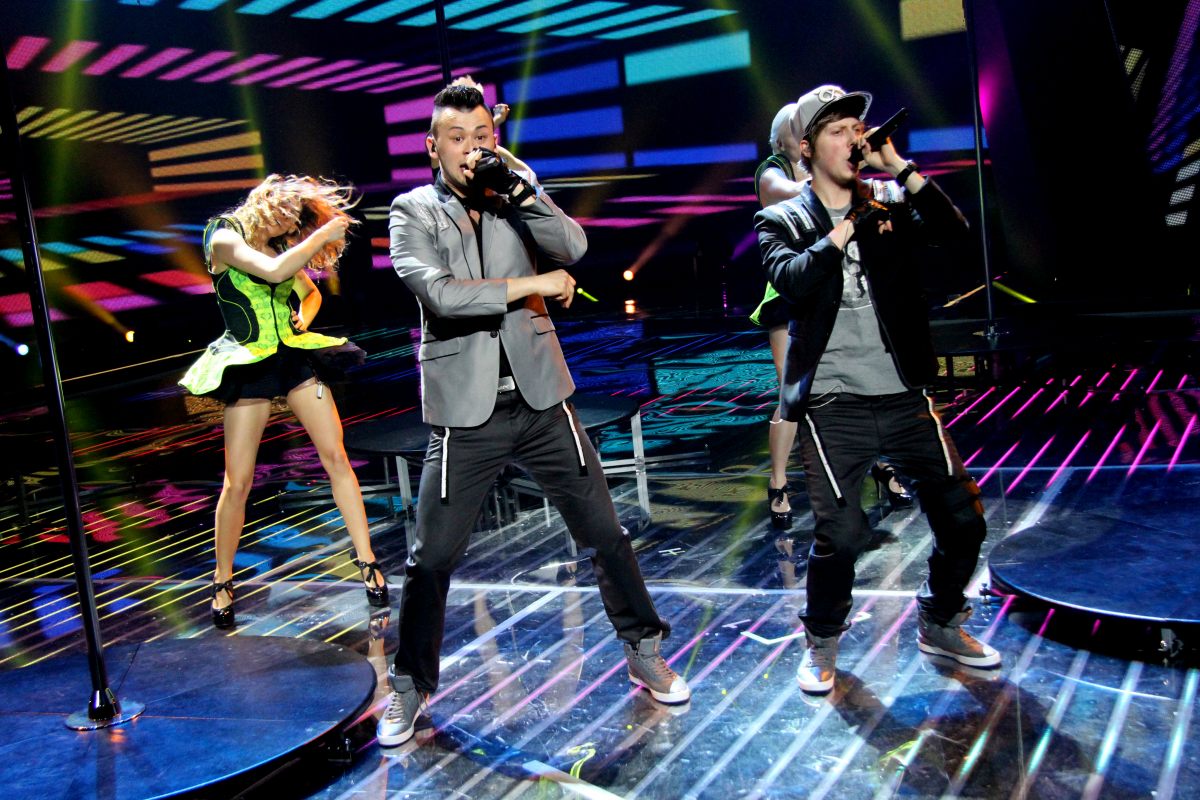 Well what can you say about the ‘shittaz? – It’s almost like Diet Jessy Matador, a dish “That Monty” would eat served on a plate every day of the week – it just doesn’t have that killer touch that I thought it would have, but then again it has everything that I thought it would have – it has “beautiful” women, on gentleman’s club poles “dancing” (and I say the word loosely), and the boys – well – “Just being Boys” is the best way that I can describe it.

I’m not so sure what the Austrian equivalent of “chav” is, but am sure that these two are pictured next to that particular German Word – not sure if the chavs of Europe are going to be watching on a Tuesday night – I fear they wont be and therefore its being destroyed faster than burning a shell-suit!

Austria – ORF need to think about what is going to happen

the Austrian-german word for ‘chav’ is ‘Prolo’ or ‘Prolet’ (taking it’s root from proletarian ;))
By the way enjoying your updates as usual guys. Keep up the good work! Bart