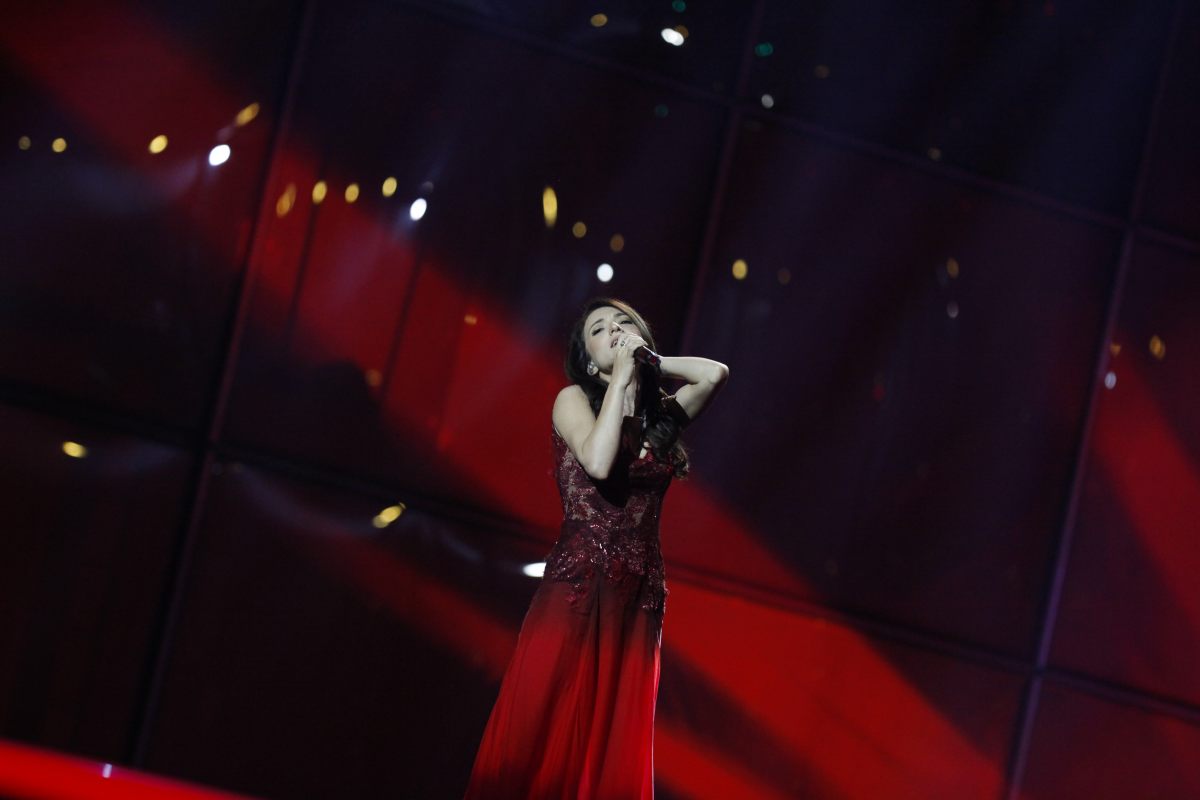 Azerbaijan is up now. I didn’t rate this in first hearing but had to quickly reassess as I realised just how good the song actually is, and Dilara’s vocals are a dream on the record. Live I’m not convinced she’s cutting it though. It’s good but she doesn’t quite have the silkiness of the studio version.

The stage does look stunning for this though: enormous projections of stained glass windows that give way into skyscrapers gives it a confessional yet spacious and modernly urban feel. There’s one thing distracting though, and that’s the trapeze artist. She first swoops and swirls around Dilara before being hoisted into the air but it feels like there’s too much focus on her and not the song. Azerbaijan always throw in something to surprise you but this gimmick is one that’s just not needed. Qualifying with absolute ease, and I’d be shocked if it’s not yet another top 10 finish for them.

Silkiness perhaps? 🙂 Think this is a dark horse, even if I don’t really fancy going Back2Baku.

Oh yes, silkiness is what I meant! 🙂