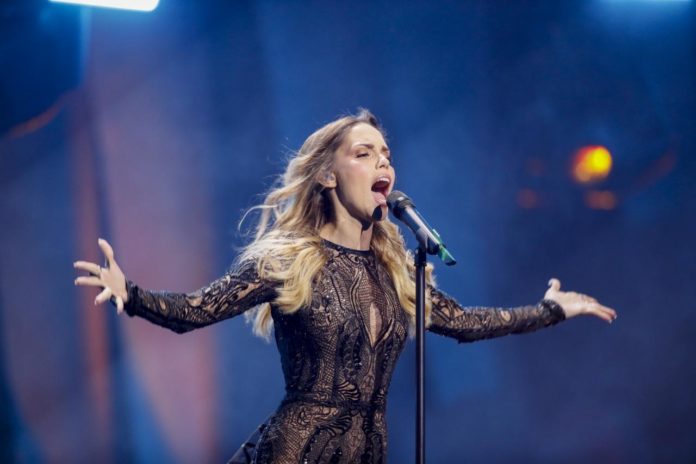 Mr Phil was away getting a coffee, so he left me in charge, and armed with just thirty selective seconds of footage (and a fair few blurry fancam takes on things), I’m going to share my wisdom. Never let it be said I need facts to create my stories.

First up, I’ve had a love-hate thing with this song. The snippets I saw from the first rehearsal suggested the Croatian team had gone back to their roots, and staged this as a smokey jazz club number – perhaps one of the direct descendants of Salvador. Franka certainly has a fair pair of pipes on her. That said, I’ve never been a fan of ‘roses and horses in the rain’, but each to their own.

The simplicity of the staging, someone who knows how to work the camera and a strong vocal lifts this from the mediocre to the qualification zone – just about. It could go either way. If it does, it’s Franka rather than the song that deserves the points.