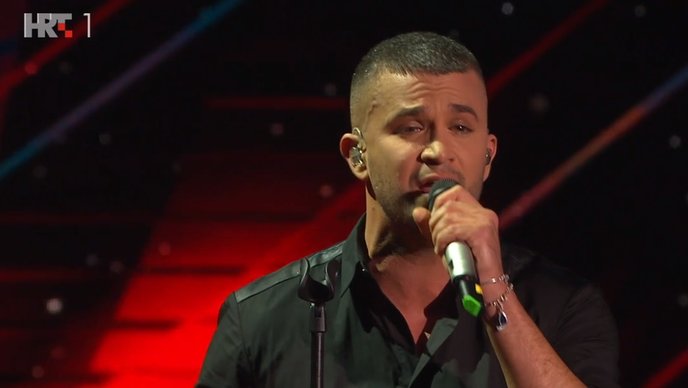 There’s something reassuring about the Dora festival. When Croatian TV rolls into Opatija, there’s excitement in the air. This year, the stakes were raised, with broadcaster HRT going all out to prevent the songs leaking before the show. Short clips appeared on Facebook late yesterday afternoon with a handful of songs making it online despite the blackout.

The evening was hosted by Duško Ćurlić, Mirko Fodor, Zlata Mück Sušec and Doris Pinčić Rogoznica. There were no fancy duels or superfinals. Croatia went old-school with sixteen songs and a straight 50/50 viewer/regional jury vote.

With the final two songs to perform being the most favoured by both juries and televoters, it ended with Damir Kedzo and Mia Negovetić tied on 31 points ahead of the extremely neon Indira in third, and with the televote taking precedence it’s Damir that will be heading for Rotterdam.