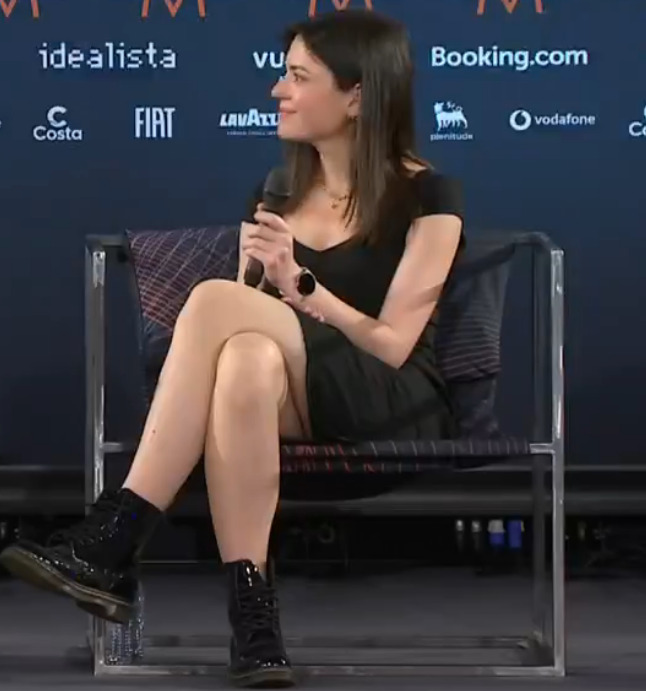 Mia was second to give her thoughts about life and her performance today.

Her memoir is essentially about growing up and changing as a person, and she says that it has been a therapeutic experience. She says she’s not always calm, but life is so much more beautiful when you don’t make drama. TAKE HEED PEOPLE!

Is Taylor Swift one of her musical influences? Yes, she is her number one influence in life and in songwriting, also Ed Sheeran and Dolly Parton – very strange bedfellows. Mia confirms the staging will be different to DORA. There are going to be three dancers who happen to be close friends, and Alex from Romania who was in the DORA seems to have been shelved – shame.

Mia believes that men have a more successful path in the music industry than a woman, although she feels she is very blessed to be a woman. Her guilty pleasures musically this year are The Netherlands and Sweden – sounds like the default answers have been prepped here for her. Mia then mentions the pre-parties and how she likes all of the artistes. The Croatian star has a degree in translation studies and she says that she would want to translate her song and learn Italian and Spanish.

Are there any Italian singers they would want to sing with? Apparently so, the moderator who has been flirting with her is on her list along, along with Laura who is hosting this year. Seemingly not Toto, sadly. The language question inevitably pops up and Mia says that the Croatian lyrics grew organically.

Mia loves Titanic (Finland 1981 clearly) and would love to have her song included in a remake of the film. She would also love to get Croatia back to the grand final and the most important thing for her is to stop stressing herself out so much, so that when she gives her all, she hopes it will be enough.

Mia seems to have a shot of some Croatian liqueur before going on stage saying it makes her relaxed and happy – yes, love, drunk, that’s right.