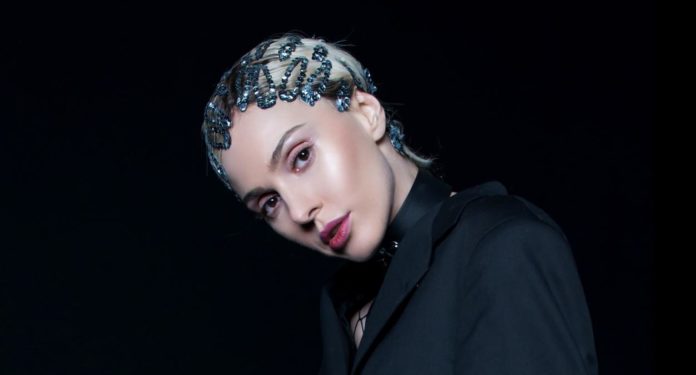 After notching up their best ever result at Eurovision last year, Cyprus has a hard act to follow. Whilst few thought ‘Fuego’ would set the scoreboard alight as much as it did before we arrived in Lisbon, once we saw the first rehearsal it was clear that something big was happening. So what better way to try going one better than bringing the same song back again? I mean even the name ‘Replay’ implies it.

There’s such a familiar feeling to this year’s song that a mash-up splicing it with the previous one went viral, but I think it’s no more than playful joshing.

Tamta’s no stranger to trying to get to Eurovision. She missed out in 2007 to Sarbel for the Greek ticket, with what I feel was a much better song.

Tamta’s in demand. She’s had an early morning booty call from someone who just can’t seem to get off to sleep without her popping over for a middle-of-the-night πώς είναι ο πατέρας σου. Thank goodness for Uber, as I’ve no idea how reliable the Nicosia night bus network is, although if I were Tamta I’d likely be a bit mithered to be woken up at that time. I’d tell him to finish himself off and come round tomorrow afternoon.

On first hearing, I like ‘Replay’ much better than I liked ‘Fuego’. It feels like a better song, but Fuego’s success was more than the composition – it was the Foureira Factor. I heard Eleni had put in the work, spending hours each day rehearsing, and it showed. She could turn on that performance like second nature. Tamta’s going to have to work hard to come close, and she starts with a much heavier weight of expectation, but I do think she has the potential.

Lightning may not strike twice, but Cyprus certainly has the opportunity to deliver one of the stand out performances once more. Oh, and Tamta’s Georgian heritage might just give her an extra boost on top of the points she’ll have in the bag from Greece, given both are also in her semi-final.

Cyprus is the last on stage today – fashionably late