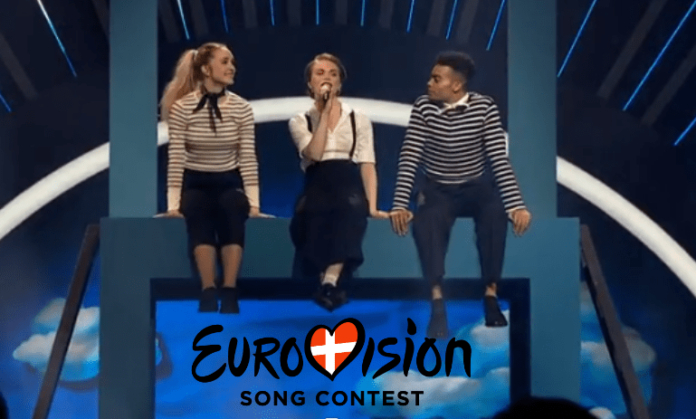 ‘No change’ is a thing in Denmark. The Melodi Grand Prix final has followed the same formula for many years. To me, this meant no surprises from both songs and staging.

Ten songs performed in the first round with the top three reprised in a super final. A so-called professional jury and televoters decided on the winners in both cases.

DR have used the Jyske Bank Boxen in Herning on and off for many years. Whilst the final looked good, it had the feel of something old-fashioned and terribly familiar. I don’t know if that’s a good thing, but it’s certainly a thing.

Now, back to the results. A win for Leonora and her massive chair in the superfinal.